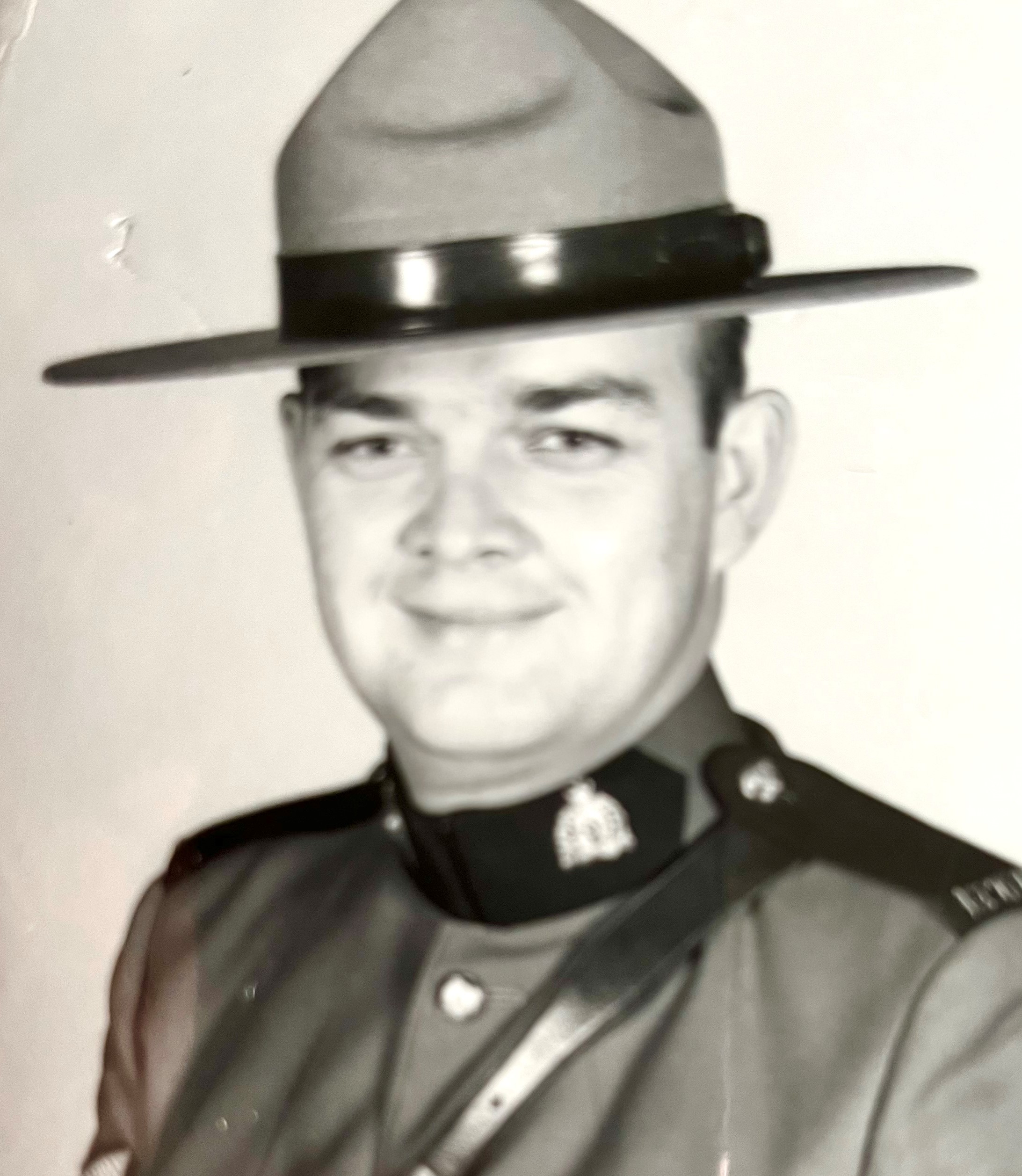 George William Alexander Gresham passed away on August 16, 2022, at the age of 80, from complications while suffering a debilitating form of Parkinson’s.  Known to his family and friends as Bill or Billy, he was a kind and loving man with a deep commitment to duty and family.

Bill joined the Royal Canadian Mounted Police at the age of 18 and retired in 1999 with the rank of inspector after 39 years of service.  During his life he enjoyed all things Canadian including hockey, music and walking his dogs.

Upon his retirement he lived a happy country life in the Lac du Bonnet area at Dorothy’s family home located about 125 km northeast of Winnipeg where he spent a good portion of his career.

Bill is survived by his wife Dorothy (married in 1981); daughter Cynthia (Chevy); his first wife Karen who is the mother of his 4 children: Stuart (Michele), Bradley (Caroline) Cheryl (Stuart) and Shelley (Scott); his brother Stuart (Trish); his sister Kit (Mac); his 10 grandchildren Elizabeth, Evan, Liam, Donavan, Emma, Faith, Megan, Jayney, Bridgette and Peyton; along with many cousins, nieces and nephews, grand-nieces and  grand-nephews… All of whom will miss his smile and love of life.

Cremation has taken place and services will be announced at a later date.

Offer Condolence for the family of George William Alexander Gresham