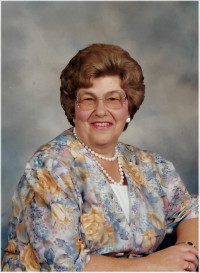 Mrs. Grace Agnes Lee, aged 83 of Beausejour, MB dearly beloved sister, mother and grandmother passed away on April 10, 2021 at Beausejour Hospital.  Grace was born in Yorkton, SK on June 17, 1937 to Rudolf and Edith (Jonat) Eichhorst.  She grew up on the family farm with her 3 brothers and 6 sisters where they attended West Ebenezer Church.  Grace gave her life to Jesus and was baptized as a young person.  When her parents moved into town she continued her journey of faith at Central Baptist Church where she regularly sang in the choir and attended youth group.  She also began work as a telephone operator.  After marrying James Lee they moved to a farm in northern Alberta, finally settling in Calgary, AB, where they raised their 3 boys.  In addition to caring for her boys she worked at a daycare.  In 1991 she was reacquainted with her daughter Sherry.  Grace was much loved by all who met her and made friends easily, many of which lasted her entire life.  Grace is survived by her sisters Betty Eichhorst and Elaine Penner and her brother William and his wife Patty.  She also leaves behind her daughter Sherry Batea and her sons Conrad, Cory and Matthew.  In addition she has 7 granddaughters:  Kristina, Keana, Kaylie, Michelle (Nick), Heather (Kevin), Lisha (Henry), Savannah and 4 grandsons:  Christopher, Collier, Seth and Lance.  Grace also has 4 great grandchildren:  Matthew, London, Alexander and Emmery, as well as numerous nieces and nephews.  She was predeceased by her husband James, two brothers, Alfred (Irma) and Gerald (Alice) and 4 sisters, Frieda (Allen), Alice (Alfred), Doris (James) and Berdina.  A small memorial service is planned at her church for her family and close friends, which will also be streamed live.  In lieu of flowers donations in her memory can be made to Hopes Journey Home (A home for pregnant and young moms)

Offer Condolence for the family of Grace Agnes Lee