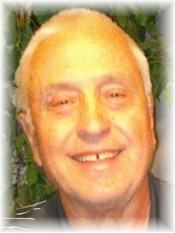 In loving memory of my Husband, our Dad, and our Opi, Heinrich (Heinz) Mayer, who left us suddenly at the age of 73 while at his cherished home at Red Rock Lake. He leaves behind to mourn his loss, his beloved wife of 48 years, Erika (nee Kuehne), and his children Karin (Rolf) and Henry (Blaire). Also left to mourn his loss, are his beloved grandchildren, Alexandra, Danielle, Christian, and Katharina, as well as his sister and brother-in-law, Edith and Edgar. In addition to numerous relatives across Canada, the United States, and Europe, he also leaves behind his many friends from the Whiteshell and their winter home in Arizona. Heinz was predeceased by his father, Heinrich, mother, Irma, and sister, Ida.

In keeping with Dad’s wishes, cremation has taken place. A celebration of Heinz’s life will take place at later date. In lieu of flowers, contributions in his memory can be made to Winnipeg Pet Rescue Shelter, or any “No-Kill” animal shelter of your choosing.

Heinz’s legacy will always be the love he has for his family, especially his grandchildren. He will be sadly missed and never forgotten.

We love you. Until we meet again…

Offer Condolence for the family of Heinrich (Heinz) Mayer