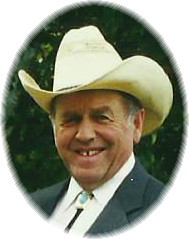 It is with great sadness that we announce the passing of our husband, father and grandfather Helmut Kebernik on September 20, 2014 at the Selkirk General Hospital with his family by his side.  Helmut will be lovingly remembered by his wife of 50 years Elizabeth, two sons James (Robyn), Owen (April), grandchildren Beauford, Jennifer, Kierra and Austin and brother Vern (Sharon) also by his nieces.  He was predeceased by his parents Richard and Adina Kebernik, brother Fred Kebernik and by father and mother-in-law Gustav and Olga Schmalz.

In 1959, at the age of 18 being adventurous, Helmut immigrated to Canada and arrived at his Aunt’s doorstep in Winnipeg with five dollars in his pocket.  The first English words he learned were “I am looking for job”.  Helmut landed a job at a carwash.  Making good money while working long hours, he bought himself a MG hardtop sports car, a horse that he stabled and started to date Elizabeth Schmalz.  With the encouragement of his Mom, he invested his extra money by buying a small farm Northwest of Ladywood.  In 1964 he married Elizabeth.  Two years later, his parents who owned a house in Winnipeg, traded Helmut their house for the Ladywood farm.  Helmut opened up his own drywall business and needing a suitable vehicle, traded the sports car for a brand new half-ton Fargo truck.

1967 opportunity knocked and the present Black Rose Ranch farm site was available for purchase.  That was perfect! Helmut’s dream was to have a family, own land, cattle and a horse or two.  In 1968, Helmut and Elizabeth moved to the new location they had purchased and drove to Winnipeg to work.  For a start, twelve registered Black Angus heifers and a bull as well as the horse “Sealy” found a new home.

1970 brought a new addition to the household, a baby boy named James and in 1973 a baby boy named Owen.  As the cattle number increased, it was time for Helmut to retire from work and become a full time farmer.

As the years passed, Helmut became involved in many organizations.  The Eastern Grassland Society, The Canadian Agricultural Movement, took up the challenge to run a Representative for District 9 of Manitoba Cattle Producers Association, expressed his views on T.V. and radio, was involved for many years in 4-H and finally church matters.  He was a “People Person”, enjoying socializing, meeting and making new friends wherever he travelled.  Helmut was a caring, generous person and would be more than willing to help anyone in need.

Thank you to all the nurses and doctors that took great care of Helmut at this difficult time. Funeral Service will be held at Sobering Funeral Chapel, Beausejour, MB. on Tuesday September 30th at 10:00 am with viewing 1 hour prior to service, with Pastor Bart Coleman officiating.  Private family interment to follow at Ukrainian Orthodox Church of Sandhill Cemetery, Ladywood. Pallbearers will be Ortwin Tischer, Karsten Tischer, Jason Grycki, Jonathon Babisky, Charlie Hewins and Anthony Smorang as well as Honourary Pallbearers.

Offer Condolence for the family of Helmut Kebernik