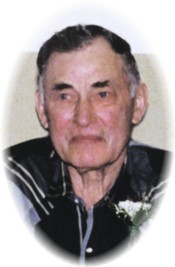 It is with great sadness that the family of Henry Regula announces his passing on Thursday, January 28, 2010, at his home in Cloverleaf.

Henry will be greatly missed by his sister Jean Fedak, sister and brother-in-law Josie and Steve Bahry, sister-in-law Nina Regula, and many nieces, nephews and cousins. He was predeceased by his father John in 1976, his mother Mary in 1980, brother Tom in 2005, brother Stanley in 2005, and brother-in-law Andy Fedak in 1991.

Henry was born on the family farm on June 6, 1926. He would entertain us with stories of the early days: waking up before dawn to get the chores done then running two miles to school so he wouldn’t be late; controlling horse teams when he was barely tall enough to reach the bridles; doing the work of an adult when he was still a boy. There were fun times too. Sports tournaments were major events. Henry would take the big farm truck and round up the Cloverleaf gang to drive everyone to baseball games. Winter meant hockey-his favourite. His old skates are still hanging in the basement.

Henry took over operation of the family farm with his brother Stanley in 1966. Together they ran an award-winning dairy, as well as growing grain and silage crops.

The Farm was the family’s centre. We would be there most week-ends and certainly summer holidays. Henry was the patriarch. The answer to most queries was “Ask Uncle Henry.” He could solve almost any problem and fix almost anything that was broken. He has a strong sense of fairness. He believed in doing the right thing and didn’t hesitate to tell us exactly what that right thing was.

He followed politics and had opinions on most situations. Any topic was fair game to spark debates with the boys (Davy, Jimmy, Robbie and Danny) around the dinner table. Henry also looked forward to more serious discussions about farming issues with friends and neighbours at the local coffee shop.

Henry seemed a pragmatic, no-nonsense man, but this gruff exterior hid compassion and generosity. No one could doubt this when they saw Guyser the cat curled up in his lap. He would help anyone who needed a hand and donated to many charities.

Uncle Henry was a definite influence in our lives and we will miss him. Farewell until we meet again.

A memorial service will be held on Saturday, February 6 at 11 am at Sobering Funeral Chapel in Beausejour, with the Very Reverend Waclaw Cwieka officiating. Internment will be at a later date.

In lieu of flowers, memorial donations may be made to a charity of one’s choice.

Offer Condolence for the family of Henry Regula