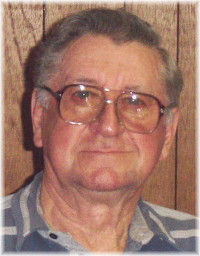 It is with heavy hearts we announce the passing of our father, Harry (Herman) August Eckert at the Beausejour Hospital surrounded by his family on Sunday, April 15, 2018 at the age of 87.

He was predeceased by his wife of 63 years Alice R. Eckert, his parents Edward and Ottillia, his sisters Alma, Alvina, Elsie, Lydia, Eileen, Ivy and Madeline.

Dad was born in Green Bay in 1931.  He worked many jobs until 1951 when he began at Canada Packers and worked there until his retirement in 1987.  He met Alice and they were married in 1953 and were married for 63 years.

Dad enjoyed competitive shuffleboard and was an avid fisherman and snowmobiler for many years.  He and mom were also members of the lawn bowling league as well as 5 pin bowling.

The family would like to thank the Crocus Unit at East Gate for their excellent care as well as the doctors and staff at the Beausejour Hospital.

Funeral Service will be held at 11:30 a.m. on Monday, April 23 at Sobering Funeral Chapel, 1035 Park Avenue E., Beausejour with viewing one hour prior to the service.  Interment will follow in Beausejour Cemetery.

In lieu of flowers, donations may be made in Harry’s memory to East Gate Lodge, Box 1690 Beausejour, MB R0E 0C0.

Offer Condolence for the family of Herman (Harry) August Eckert