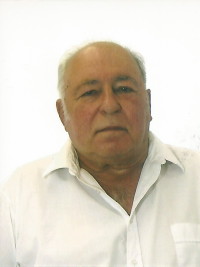 It is with sadness we announce the passing of our beloved partner, brother, uncle, grandpa, and friend John Louis Wielgosh, who passed away at his home in Beausejour on August 21, 2019 at the age of 79.

He is survived by his brother Allen (Teresa); and his nephews: Jody (Lisa) and their children Brooke and Bethany, Christopher (Cara) and their children Carter and Cody.  He will be lovingly remembered by his longtime partner Virginia Crate from Norway House; her children Cassy Crate (Tina), Jolene (Robert) Throop; her grandchildren: Howie Crate (Amy), Florence Crate (Dallas), Jesse Throop, Austin Throop, and Paris Crate; along with great grandchildren: Eden Budd, Emerson Menow, Levin Menow and Dallas Menow. As well, he will be missed by his dear friend Gaylord.

John was predeceased by his parents John and Julia, his sister Joanne Wright, and brother-in-law Howard Wright, and Virginia’s daughter Shannon Crate.

He loved the outdoors, and enjoyed hunting trips to Norway House, with Virginia’s brothers.  He loved living in Beausejour and enjoyed gardening.  He was regarded as a nice guy, a gentle soul, and a good neighbour. Rest in peace John

In lieu of flowers, donations may be made to CancerCare Manitoba, 675 McDermot Ave., Winnipeg, MB  R3E 0V9.

Offer Condolence for the family of John L. Wielgosh