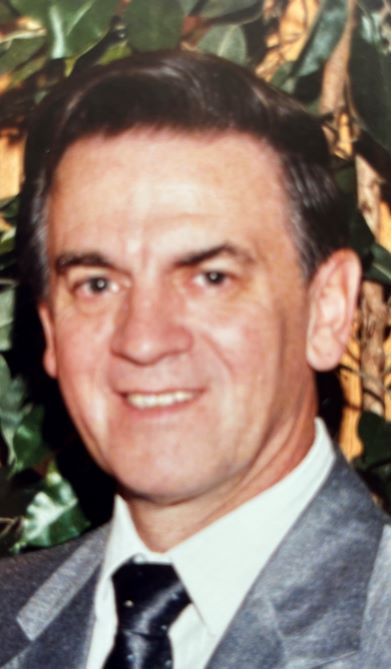 It is with heavy hearts that we announce the unexpected passing of John Plaetinck on July 7, 2022.  John is remembered by his wife Joan, children Carolyn (Harvey), Robert (Lucy), Mark (Lenna), Andrew (Kristal) and grandchildren Evan, Ian, Ryan, Paris, Tia, Chase, Cruze, and Breeze.  His memory is also cherished by his sister Marie, and brothers Willy (Christine), Eric (Candy), and sister-in-laws Diane and Irene, as well as many nieces and nephews.  He is predeceased by his parents Rene and Clara, brothers Paul and George, and brother-in-law Gilbert Bray.

John was born on August 9th, 1939, in Ghent, Belgium. He was baptized and became an altar boy in the Roman Catholic Church in Kalken, Belgium. He continued to practice his faith until his passing.

At the age of 12, his family emigrated to Canada.  Travelling by boat, they arrived in Halifax and began their journey west by train.  Low on resources, the family found footing on a farm in Stony Mountain, MB.  A few months later, they were forced to move to another farm in Swan Lake, MB. John and his father began working for a sugar beet farm.  Being the oldest of six siblings, and only 13 years old, John started working as a farm hand to help provide for the family.  At 15, John moved away from home to work at Hambley Hatcheries and attended school in Winnipeg.  He returned to his family, who had relocated to Stockton, MB, to complete grade 11.  On July 9th, 1958, John began working for the Royal Bank of Canada as a Junior Clerk in Glenboro, MB.

Once retired, John and Joan bought a trailer at the Pine To Palm Resort Park in Weslaco, Texas.  They travelled south every winter for 23 years to enjoy warm weather, golf, cards, dances, and good times with friends who were like family to them.  In 2019, John and Joan sold their trailer in Texas and their long-time home in Beausejour, and moved into Moya Doma Condominiums in Beausejour, MB.  John moved two more times, first to Kin Place Personal Care Home and finally to East-Gate Lodge Personal Care Home.

John was always young at heart. He loved to play games with anyone.  At the drop of a hat, he was ready for a game of crib or liar’s dice.  He loved to compete so much that he was even known to invent entertaining games such as Wood Tick Races and Water In Your Face.  John was always eager to see and play with his grandchildren, giving them horseback rides or playing board games with them. In the summer he golfed, and in the winter he curled.

Though John played hard, he also worked hard. Waking up at sunrise, John often started his summer days at the farm.  Following an 8-hour shift at the bank, he would return home for supper and then go back to the farm, where he would work until sunset.  His incredible work ethic most likely came from starting work at such a young age. If John wasn’t around, we knew he was working or playing somewhere.

John loved music. He spent many hours learning the lyrics to songs and then performing them in the shower the next day. He sang favourites like Celito Lindo and The Scottish Kilt at music jams, and taught pieces such as Grandma’s Feather Bed and Bicycle Built for Two to his grandkids. He and Joan tore up the dance floor at many socials, square dances and at home.  John also found time to garden, bake and participate in family camping trips, but what he enjoyed most was laughing. If John was present, you knew laughter would follow. He had it figured out!  Work hard, play hard.  Live, laugh, love.

The family would like to acknowledge the kindness and compassionate care given to John by the staff at East-Gate Lodge Personal Care Home over the past year.

Prayers will be said, Friday, July 15, 2022 at 10:30 a.m. at St. Mary Roman Catholic Church, located at 530 Atlantic Ave. in Beausejour, Manitoba. The funeral service will follow at 11:00 a.m. Condolences for the family may be left at www.soberingfuneralchapel.com.

Offer Condolence for the family of John Plaetinck