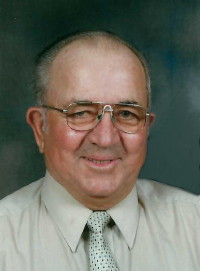 It is with heavy hearts we announce the sudden passing of our beloved husband, father, Gigi and great gigi John Potorieko on Friday December 4, 2020 at the age of 82.

John was born in Invermay, Saskatchewan on September 2 , 1938 in a barn located on the family farm. He attended the local school and grew up working on the family farm where he met and married the love of his life Irene, they were married on August 2nd, 1958 in the very same barn where he was born.

In the early years of their marriage they moved to Winnipeg where he began his career as a Mechanic at Canadian Tire, working his way up to service Manager.

John was a family man and loved spending time with them, taking many trips in the RV, hunting and fishing.  He loved old cars and spent time restoring a 1955 Chevy Belair as well as a 1947 Pontiac. He never missed a Hockey, Ringette, Football or Baseball game where he would watch his grandchildren play. Many winters were spent saddling up the horses for the family sleigh rides, snowmobiling, and camping.

John was laid to rest at a private family interment in St. Michael’s Cemetery in Tyndall. We look forward to celebrating his life with everyone once we are able to gather.

In lieu of flowers, a donation may be made to the Cardiac Unit at St. Boniface Hospital.

Offer Condolence for the family of John Potorieko