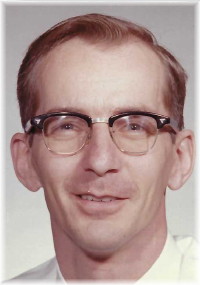 John (Jack) Hattie was born in Flin Flon but spent his early years in Island Falls where his father worked as an electrician at the power plant.  Both his father, John, and mother, Hazel, moved west from Nova Scotia and lived a northern pioneer life with their family of 4 children – Florence, Allan, Jack and Sylvia.

Jack grew up in Flin Flon where the family moved for higher education.  Jack and Allan obtained Bsc degrees in Brandon and Jack taught high school science for many years in Ethelbert, Oakburn, Whitemouth and Beausejour.

With wife, Judy, and daughter, Charlotte, Jack spent 44 happy years building, renovating gardening and caring for a menagerie of animals.  He loved animals and nature and his dogs and cats comforted him especially in his final days.

He was a fine and admirable man.  A loving husband and father, he spoke proudly of his many students whom he valued for their virtues beyond their scholastic abilities.  He was honest, hard-working, compassionate and always open to new ideas.  He was a life-long learner and he will be greatly missed by Judy and Charlotte.  We are comforted by the belief that he was welcomed home by his Mum and Dad and sister Sylvia and we will reunite on the other side.

As per John’s wishes, cremation has taken place and a private family service will be held at a later date.

Offer Condolence for the family of John Ronald Hattie