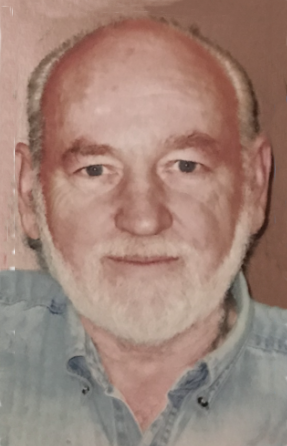 It is with heavy hearts we announce the very sudden passing of John Schaap. He died peacefully in his Beausejour home on January 20, 2019.

John will be lovingly remembered by his only daughter Tammy; son-in-law Chris; grandchildren, Tristin and Tyra; his mother Wilma Schaap and siblings; his partner Rain; Tammy’s mother Maureen and many friends and family, too numerous to mention.

John was born in Spakenburg, Holland and moved to Canada as a young child. One of the proudest days of John’s life was when he became a Canadian citizen. He lived in Oakbank, MB for most of his life and worked at Dominion Malting Plant until his retirement, at which time he moved to Beausejour and started work as a maintenance man at the Beausejour Recreation Hall.

John devoted his life to helping others. He was truly the man who would give you the shirt off his back. He was not without his own problems; he battled his own issues and rose up to become a mentor. He was the person you called upon and was always there, no matter what. Whether it was to volunteer at the over 50 club, Meals on Wheels, AA meetings, donating blood, or even a shoulder to cry on. If he had it to give, he would give it.

His pride and joy was his family; you could not ask for a better father and grandfather. He would literally do anything for them, even if it meant going for coffee at three o’clock in the morning or staying up all night with a crying baby. He would do it!

He had an immense love for animals and nature. He was an amazing cook, carpenter and had a gift for remembering history and the Bible stories.

As per John’s wishes there will be no service. A small celebration of his life will be held with his immediate family and friends.

Offer Condolence for the family of John Schaap