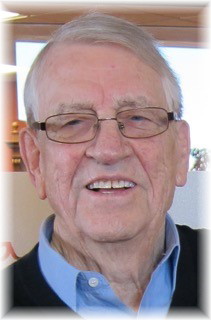 We are heartbroken to announce that Eldon passed away on Sunday, July 26, 2015 at the Beausejour Hospital. He leaves to cherish his memory his wife Anne of 40 years.

He will also be sadly missed by his 5 daughters Christine McKay, Barbara McLeod, Darlene Palidwor, Debbie Taras, and Susan (Keith) Dinwoodie, as well as his 13 Grandchildren and 15 Great Grandchildren. He was predeceased by his parents and all of his siblings, as well as many brothers and sisters in-law.

Eldon was raised in the Minitonas area. He worked for CN for nearly 40 years and during that time moved to many different locations in Canada. Throughout Eldon’s life some of his hobbies included wrestling competitions at a very young age, playing hockey, and getting his pilot’s license. Twenty One years ago Eldon and Anne moved to Beausejour where they enjoyed many good times with family and friends.

With Eldon’s wishes, a private family service has been held.

In lieu of flowers, donations may be made to the Beausejour Hospital T.V. Fund, Box 1614, Beausejour, MB R0E 0C0.

Offer Condolence for the family of Joseph Eldon Maltman