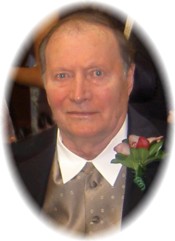 Joe is survived by his wife Helen and by his children Kenneth & Tammy, Trevor & Jodi and Colin & Michelle, grandchildren Joseph, Nicholas, Raya and Caleb, brothers Charlie and Ted and sisters Leona Yusishen and Helen Beley also many nieces and nephews. He was predeceased by his parents Joseph and Margaret Molinski and his brothers in-law Edward Yusishen, Victor Beley and Eddy Molinski.

Joe farmed in Lowland for over 30 years. He also worked in construction for many years while he was farming.

A loving and devoted husband, a dedicated, committed father, he taught his sons to be independent and was a role-model and teacher that his sons now reflect as adults, husbands and fathers themselves.

He enjoyed hunting, as long as his health allowed him to do so. Joe struggled with MS for many years and fought for every last minute with his family. Joe passed away peacefully, as he wished, once the disease became stronger than he was able to fight.

Funeral Service will be held at 2:00 p.m. on Wednesday, October 27 at Zion Lutheran Church with Pastors Bart Coleman and Tom Lurvey officiating. Interment will follow in the Beausejour Town Cemetery. Prayers will be said at Sobering Funeral Chapel, 1035 Park Avenue E., Beausejour at 7:30 p.m. on Tuesday, October 26, 2010.

If friends and family so desire, donations in Joe’s memory may be made to Society for Manitobans with Disabilities, www.smd.mb.ca, 825 Sherbrook Street, Winnipeg, MB R3A 1M5.

Offer Condolence for the family of Joseph Lawrence Molinski