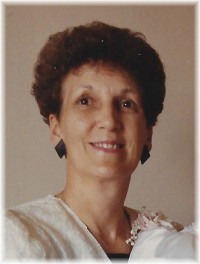 It is with heavy hearts we announce the passing of our beloved Mother, Nana, and Great Nana on the evening of Thursday, March 19, 2020.

Mom was born to Jack and Annie Anderson on February 10, 1935 in Annfield Plain, Dipton, County Durham, England.  She married her husband, of 47 years, Frank Hughes on October 29, 1955, and in July 1967 they immigrated, along with their six children, to Canada.  The family settled in Pinawa, Manitoba in 1969 where mom worked for the Pinawa Motor Inn for many years.  She loved Pinawa.

Cremation has taken place.  A private interment will be held at a later date.

If so desired donations can be made to the Dementia and/or Alzheimer’s Societies.

Offer Condolence for the family of June Hughes (nee Anderson)