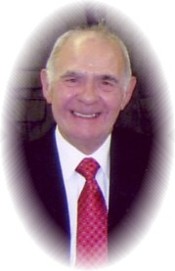 Peacefully, on Sunday, December 26, 2010, Keith Nuttall, aged 68, of Pinawa, MB passed away in the presence of his family at the Pinawa Hospital. He is survived by Christine, his wife of 44 years, daughter Gillian (Robert) Machacek, granddaughter Daniele, and his brother John. He was predeceased by his son Paul.

Keith was born on September 26, 1942 in Heywood, England to Thomas and Lily. He was raised and educated in England obtaining his PhD at the University of Manchester. In 1972, he immigrated to Canada with his family, settling in Pinawa to work for Atomic Energy of Canada Ltd. where he became Director of the Waste Management Program. He retired in 2003 to attend to his favourite pastimes which included sports, reading, travelling, DIY and spending time with family and friends.

A memorial service will be held on Thursday, December 30, 2010 at 2:00 p.m. at the Sobering Funeral Chapel, Park Avenue E., Beausejour with Rev. Robert Murray officiating.

In lieu of flowers, if friends so desire, donations in Keith’s memory may be made to CancerCare Manitoba, 675 McDermot Avenue, Winnipeg, MB R3E 0V9.

Offer Condolence for the family of Keith Nuttal