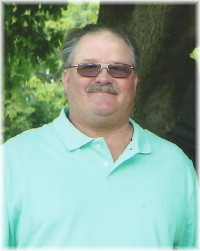 On August 22nd, after 19 months of fighting to live with lung cancer, Ken Pochinko (Kenny P) decided it was time to “shut’er down” and go fishing permanently.

Ken was born in Sudbury, ON to James and Eva Pochinko on Dec. 16, 1957.  At 4 years old, his mother passed away suddenly and he was sent to live with his paternal Grandmother, Annie Napora in Rossdale, MB until her health declined. It was then that Ken’s dear Auntie Marlene Bukoski (nee Pochinko) took him into her home.  On the Bukoski farm Ken thrived with the hard work farming entails. He took particular interest in all things mechanical and at age 16, quit high school because he said he was smart enough. He obtained his Automotive Technician ticket from Red River College and after apprenticing at a garage in Yellowknife, moved back to Beausejour to open his own business – KP Auto and then with partner Paul Zillman, K & P Auto.

In Ken’s 40+ years as a mechanic, he worked at many locations.  He was Master Auto Technician for Jim Gauthier Mazda, Haber Suzuki and most notably at Frontier Subaru which was his place of work until his illness forced him into early retirement in January 2017. Ken was the old school type of mechanic.  He was well respected or despised for doing a job one way – and that was Ken’s way.  Many an apprentice has mentored under Ken and had the privilege of working in the “Smart Zone” and trying to interpret his “Kennism’s”.  His knowledge of all things automotive led him to be a volunteer Race Tech at the CPTC snowmobile races for several years.

Besides his incredible knowledge in anything with an engine and wheels, Ken’s true passion was camping, fishing, hunting, snowmobiling and visiting with friends and family.  He loved to be on the water at Pointe du Bois where he met many people and formed great friendships.  He was the guy with the toothpick in his mouth, and he loved to talk.  He was known for giving his opinion whether you wanted it or not.  Sometimes known to be crusty on the outside, Ken was truly soft on the inside. He took great pride in the lives of nieces and nephews, particularly when they asked his advice; went fishing or sledding with him or just stopped by for a visit.

A life lived. A man loved. And now, to say good-bye.  How hard it has been to watch you suffer. You denied the end was coming and lived every day with a plan for tomorrow with death chasing you and the attitude “…when your number is up, it’s up”.

As per Ken’s wishes, there will be no formal service – but he did want a party! Friends and family are welcome to attend a Come & Go Celebration at our home in Cloverleaf on Thursday, August 30th anytime after 4:00 pm.  Please stop in for a hot dog and chocolate cake….and maybe a story…..

Day by day you help me make my way”

Offer Condolence for the family of Ken Pochinko