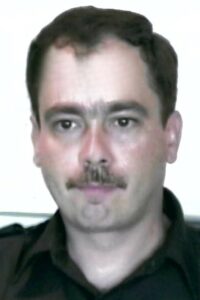 It is with great sadness we announce the passing of Kevin Joseph Lavallee peacefully in his home in Seven Sisters Falls, Manitoba on March 3, 2022 at the age of 52.

Kevin will be lovingly remembered and greatly missed by his family, many friends and coworkers. His cats, Dammit and Kitty, will miss the love and care he always provided.

Kevin grew up in River Hills, Manitoba until he moved to Seven Sisters Falls. He attended the University of Manitoba to study Law and Criminology. Kevin worked at Dunlop Tourist Hotel, and in 1997 moved on to work for Manitoba Conservation as a Fire Ranger. His love of community brought him to serve as the Reeve for the RM of Whitemouth from 1999 to 2001. In 2000, Kevin began work as a correctional officer at Milner Ridge Correctional Centre, until his passing. He fulfilled many roles in his career at MRCC. During this time, he went above and beyond to help others. He served as the local union president. Kevin was a leader, a teacher, and a friend.

In any position held, Kevin did it well. He was someone to count on when a question needed an answer, a task needed completing, or a friend or colleague needed to talk. Kevin will be fondly remembered and greatly missed by his coworkers and those he called his work family.

Kevin had an effortless ability to make those around him laugh with his sense of humour, sarcasm, grammar-correction, and witty comebacks. Those who encountered Kevin were sure to find a smile on their face. Not only was Kevin appreciated for his wit, but for his support and the love he shared with others. Kevin was a hardworking man who put others’ needs ahead of his own. He will be forever missed and held closely in our hearts.

A memorial service will be held on Saturday, June 25, 2022 at 1:00 p.m. at St. Paul Lutheran Church in River Hills, MB. In lieu of flowers, donations may be made to the Winnipeg Humane Society, in Kevin’s memory.

“Those special memories of you will always bring a smile,

if only we could have you back for just a little while.

Then we sit and talk again just as we used to do,

you always meant so very much and we will always miss you.”

Offer Condolence for the family of Kevin Joseph Lavallee