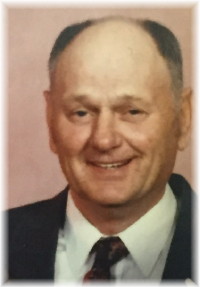 On Thursday, January 21, 2016, after his brave battle with cancer, the Lord Jesus called our loving Father, Grandfather, Brother and Uncle-home to be with his Heavenly Father on the other side of this veil into life everlasting.

Lawrence was predeceased by his loving and beautiful wife Ruth (Hennig) Zink on August 16, 2006 who also fought bravely with cancer. He was also predeceased by his loving parents, Fred Jr. and Olga (Kuhn) Zink and tragically by his brother Norman Zink.  Lawrence will be deeply missed, mourned and remembered by his three children, John Zink, Joelle Zink and James (Juanita) Zink.  Lawrence will be missed by his five grandchildren, John’s children are John Junior Zink and Justin Zink and James’ (Juanita) children are Chantelle, Dawson and Jackson Zink. Lawrence was also blessed with great grandchildren from John Junior Zink.  Lawrence is also deeply mourned  and survived by his sister Betty (Don) Zink, his brother Ron (Marj) Zink and their children (Kevin, Lori, Jeff) and his brother Rodney (Evelyn) Zink and their children (Michelle, Terry, Mark).  He is also missed by his Brother In-Law Art Hennig and his children and Sister In Law Alice Jaeger and her children.  Lawrence is also remembered by many cousins and relatives from near and far.  He is fondly remembered by the many friends and neighbors from the River Hills area and his church family from Whiteshell Baptist Church.  Lawrence desired that all friends and family celebrate life at this time and remember to embrace family with love and compassion.  He wanted us to each to find Peace in the Lord Jesus Christ and His shed blood on the cross.

Special thanks to all the staff at St. Boniface Hospital for their love and compassionate care during Dad’s battle with cancer.

In lieu of flowers, donations may be made to Whiteshell Baptist Church or the St. Boniface Hospital Cancer Care.

Offer Condolence for the family of Lawrence Alfred Zink