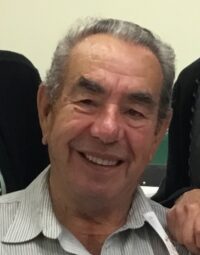 It is with deep sadness that we announce the peaceful passing of our husband, father, and Gigi, Lawrence Kostiuk on January 22, 2022 at the Beausejour Hospital.

He was born and raised in Garland MB.  Lawrence is survived by his wife Vicki, his children Kim (Joel) and Darryl (Kerri).  He also leaves behind his cherished grandsons, Ryder and Jackson, his three sisters Eunice (Ed) Kowalchuk, Agnes, and Grace (Terry) Black.  He will also be missed by several brothers and sisters-in-law, as well as numerous nieces and nephews.

Lawrence was predeceased by his parents Wilfred and Mary Kostiuk, his in-laws Minnie and Nick Burchuk, his brother Ronald and brother-in-law Russell Semaniuk.

Lawrence was passionate and very proud of his grandsons and enjoyed watching them play hockey and baseball every opportunity he could.  He also enjoyed the outdoors and looked forward to hunting, more for the chance of being close to nature.  Lawrence will probably be remembered most for his great sense of humour and teasing nature.

In keeping with his wishes, cremation has taken place and a private family gathering will be held at a later date.

Offer Condolence for the family of Lawrence Kostiuk