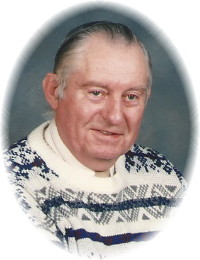 It is with heavy hearts we announce the passing of our dear father, grandfather, great-grandfather, brother and friend.  Lawrence passed away on Tuesday, March 24, 2015 at his residence in Beausejour, Manitoba at the age or 77.  Dad is now with our dear mother, Rose.

He leaves to mourn his six children:  Frances (Robert), Odette, Paul, Andrew (Gisele), Vincent (Tara), and Philip (Diana).  He is also survived by many grandchildren and great-grandchildren.  He was predeceased by his grandson Dallyn.

In June 1960, Lawrence was visiting cousins in Belfast while serving a tour in Germany and met Rose.  After a short romance, they were married on September 12, 1961.  The couple moved from Germany to Cold Lake in 1963 towing with them one child, Frances.  Then, in 1965, they transferred back to Germany with 4 kids (Frances, Odette, Paul, and Andrew).  In 1969, they transferred to Bagotville, with another child in tow, Vincent.  In 1976, they moved back to Cold Lake with Philip being added to the family.  In 1982 they moved to Winnipeg, then in 1992 retired to Beausejour.

Many great traits were inherited by us all from Mom and Dad.  They included compassion, integrity, and caring. Dad exemplified these as a husband and a father.  He was a jack of all trades and a Mr. Fix-It to so many.  He had a heart of gold and will be sadly missed, but he will always have special place in our hearts.

We love you.  It is very hard to let you go

but we know you are happy now to be with Mom.

Funeral Liturgy will be held on Tuesday, March 31 at 10:30 a.m. at St. Mary Roman Catholic Church, 516 Atlantic Avenue, Beausejour.  Interment will follow in the parish cemetery.  Vigil prayers will be held on Monday, March 30 at 7:00 p.m. also at the church.

In lieu of flowers, donations may be made in Lawrence’s name to the St. Mary Roman Catholic Church, Building Fund, Box 760, Beausejour, MB R0E 0C0.

Offer Condolence for the family of Lawrence Malachy Mathews