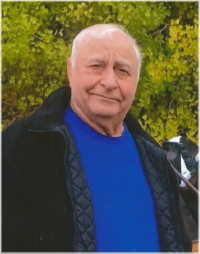 It is with great sadness that we announce the sudden passing of Lawrence Raymond Juenke at age 75, from a heart attack on February 6, 2019. Dad leaves to mourn his ever-loving wife Marian; his sons  Kevin (Hanna) and Chris (Pamela); and his daughter Debbie. He also leaves behind his four grandchildren Kali, Rachelle, Nate and Raena. Dad also leaves behind many siblings: his brothers Alfred (sue) and Armand; sisters Dorothy and Linda; brothers-in-law Kenny (Terry) and Floyd (Noreen); sisters-in-law Doreen (Alec), Carol (Dave) and Judy (Archie); as well as numerous nieces, nephews and friends.

Dad was born on December 26, 1943 on the family farm in Golden Bay and went to school in Smith Siding.  He lost his mom at a very young age and his dad shortly before meeting his soulmate Marian in April 1964. Mom and Dad got married in September 1964. Dad and Mom were so much in love and adored their married life. They had three beautiful children in their early years together whom they dedicated their lives to. Dad worked as a heavy duty mechanic at the Beausejour for Manitoba Highways. He also had a small grain farm which he farmed till he retired from Hwys .  His sons Kevin and Chris helped out a lot on the farm learning the value of hard work, perseverance and how to drive a variety of vehicles. Debbie was daddy’s little girl who helped mom with the other chores.

Dad was the ultimate handyman, from creating custom kitchen cabinets, to metal working, to mechanical repairs, to pretty much anything.  What was even more impressive was that he passed along these skills to his kids.  Even his daughter Debbie learned how to look after her own home and become a very independent and self-reliant woman.

Dad loved going fishing and hunting.  The weekends that weren’t spent camping would often include a day trip to go fishing at Seven Sisters or Lee River where the catching of fish was extremely rare, but the making of memories was irreplaceable. Most Fathers days would be spent fishing with Kevin, Chris, Nate and various uncles and nephews. Dad loved to go fishing, hunting and camping no matter the season with many of his family and extended family.

Dad left us so suddenly, we are still in shock. There is a tremendous void in our lives. Dad was everything to us. He always had a smile to share and would always go the extra mile to help anyone and everyone. He loved Mom and us kids unconditionally and his grandchildren were the apple of his eye.  We love you Dad and you will always be in our hearts.

As per Dad’s request, there will be no funeral.  In lieu of flowers, donations can be made to charity of your choice.

Offer Condolence for the family of Lawrence Raymond Juenke