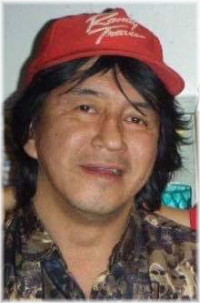 It is with great sadness we announce the passing of our brother, uncle, cousin and friend Leslie Clarke on Sunday, March 10, 2019 at Health Sciences Centre in Winnipeg, MB.

Leslie Clarke was born March 22, 1964 in Winnipeg, MB.  Growing up Leslie was known as “Lil Les”, a name that stuck until now-although Leslie did not like being referred to as “Lil”, he preferred “incredible” instead.

Les loved his cat “Big Man” including spending an obscene amount of money on the urn when Big Man passed away.

Les was strong willed, some would say stubborn, and fought through the struggles he faced every day.  Being a huge hockey fan he would always say “No one can beat Mario Lemieux” but began to like Sydney Crosby as well.  Les was a very proud marathon runner who ran 2 Manitoba Marathons 10 years apart and finished both with the exact same time.

Les was a chatterbox while on the phone and would always say “God Bless” and end the conversation with “Bye for Now”.

Les loved his beloved sisters Gwen, Karyn and Kim who were always there helping and guiding him through the many obstacles sent Les’ way.

Les was predeceased by his mother Lillian Sloat, father Gabe Clarke and his beloved Susan.

Funeral Service will be on Saturday, March 16 at 1:00 p.m. at the Manigotagan Community Hall in Manigotagan with interment to follow in the Anglican Church Cemetery.  Viewing will be held an hour prior to the service.

Offer Condolence for the family of Leslie Clarke