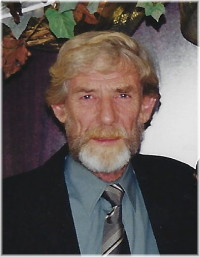 It is with broken hearts we announce the passing of our beloved Husband, Father, Grandfather and Great Grandfather, Les Evers who passed away at home on May 6, 2020 in Garson, MB.

He  is survived by his siblings Cecelia, Frank, Eddie (Faye), Eunice (Charlie), Lynn (John) in England.

He was predeceased by his parents James and Cecilia, brothers Jimmy, Tommy and sister Leah in England also his son in-law Eric in 2011 and nephew Des Jr in 2020.

Les was born in Liverpool, England and moved to Toronto with his wife and daughters in 1972 where the family lived for 3 years until they moved to Garson in 1975. Les was trained as a crane operator in the British Army.  He worked on cranes in England and Canada until his retirement.

Les enjoyed time spent with his family, he was always the life of the party. He enjoyed sitting around the campfire telling jokes, playing his guitar and singing.

The family will have a private gathering to celebrate his life once it is safe to do so.

The family would like to thank Dr. Askarifar for all his help.

Offer Condolence for the family of Leslie Evers