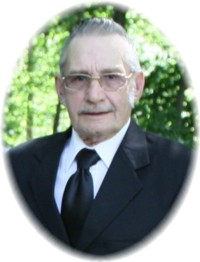 It is with great sadness we announce the sudden passing of our beloved husband, father, stepfather, grandfather, great-grandfather and dear friend, Les, on Tuesday, November 15, 2011 at the Selkirk General Hospital at the age of 67.

Left to forever cherish his memory is his loving wife, best friend and sole mate, Amy of 26 years.

Les will be dearly missed by his 2 companion dogs, Ruby and Iggy whom he loved and cherished.

We would like to thank the staff and doctors of Selkirk General Hospital for all they did for Les.

In lieu of flowers, donations may be made in the memory of Les Ryerse to the Beausejour Animal Clinic.

Offer Condolence for the family of Leslie (Les) Gordon Ryerse