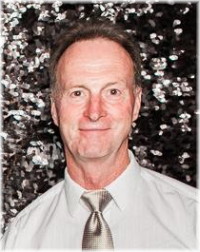 It is with great sadness we announce the sudden passing of Lloyd, just shy of his 67th birthday. His memory will forever be cherished by his daughters Dana Jordan and Brittany (Tim) Fulton; grandchildren, Riley, Claire, Beau and Tucker. He is survived by his mother Annie, sisters June (Earl) Kraushar, Betty-Anne (Wes) McKee, Donna (Lynden) Krym; sister in law Dianna Fosty. He was predeceased by his wife of 41 years, Denice; father Murray; in-laws Ed and Lilly Borkowsky; and brother in law Richard Fosty.

Lloyd was born in Boissevain, Manitoba. He attended Brownlee School, a one room schoolhouse near the family home. Lloyd was the only son of 5 children. His sisters would dote on their big brother and he had them all wrapped around his finger. Lloyd’s hard work ethic was instilled at an early age on the farm by his parents, Annie and Murray.

After high school, Lloyd moved to the big city and attended Red River College and became a journeyman electrician. It was at this time, Lloyd met the love of his life, Denice. The two of them connected on a blind date set up by their very good friends. Lloyd and Denice married in the spring of 1978 and welcomed their daughter Dana a year later. Brittany followed in the fall of 1985, and the family was complete. Lloyd shared his passion for travelling while the girls were young. Family road trips through the USA and Canada; camping along the way. Lloyd loved to share stories around the campfire and make his girls laugh.

Lloyd was a dedicated electrician and enjoyed his 23 years at McCaine Electric. In 1998 he joined the University of Manitoba as the Assistant Manager of the Electrical Department. Lloyd retired in May of 2018. The relationships he formed while working, held a special place in Lloyd’s heart.

Lloyd was an incredibly hard worker. He loved to keep busy and could often be found in his yard, polishing his motorcycle and tinkering in his garage. He was always ready to lend a helping hand to those in need. Harvesting at the family farms, shoveling the neighbours driveways, fixing cars or home renovations. No task was too big for LP!

His labour of love was caring for his wife, mother, daughters and his grandchildren. He showed his dedication daily, as being an advocate and caregiver for his wife, Denice. Lloyd had an incredibly big heart and was very involved in all aspects of his daughters’ lives. Lloyd supported Dana and Brittany, watched out for them, and would always send his daily ‘Dad’ check ins and reminders. Family meant everything to him. Pizza Fridays and hosting Sunday suppers were his favourite weekend events.

His heart grew with the arrival of his four grandchildren. Lloyd was the baby whisperer. He would carry all his grandbabies around until they fell asleep, played with them on the floor and knew exactly what each of them needed. He shared his wealth of knowledge with Riley, cheered Claire on in her sporting activities, numerous playground trips with Beau and making Tucker giggle. Grandpa was their guy and brightened up their worlds. Dad, we miss you dearly, but your love will outlive us all.

In lieu of flowers, donations may be made to The Heart and Stroke Foundation and The Arthritis Foundation of Canada.

Offer Condolence for the family of Lloyd Peacock