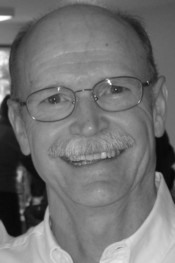 Michael passed away on a glorious fall day while horseback riding with friends Stan and Kathy. We are comforted knowing he was doing something he absolutely loved! Mike was born and raised in Calgary, Alberta. He liked to say he was a “true Calgarian”.

Mike and Ann were married on July 5, 1980 and this year they were celebrating over thirty precious years together. Michael is survived by the love of his life Ann (nee Markert), sister Jeanne, brother Patrick (Mary), brother Terrance (Anne). He also leaves to remember and cherish him his nephews Ernie, Sean (Angel, Anthony), and Liam; nieces Marnie (Paul, Alisha, Sophie), Carrie, and Tara. Mike adored his nieces and nephews. They loved to play with their Uncle Mike when they were young and it was hard to tell which one was the kid! Michael was predeceased by his father James Patrick Quinn (1980) and his mother Elizabeth (Betty) Marion Quinn (2000).

Mike loved his mother-in-law, Kathleen Markert, and treated her with the utmost kindness and respect. Mom frequently demonstrated her love for him by making sure his pie requirements were met on a regular basis (and brownies too!). Michael will also be remembered with love by Ann’s sister Lynn (Stephen) and brother John.

Mike was naturally athletic and in his youth especially loved playing baseball and hockey at the West Hillhurst Community and football at St. Francis High School. His teams won numerous city and provincial championships. Following one victory, each member of the team was awarded a leather jacket, which Mike was pleased he could still wear.

In the mid 1960s Mike played drums for a rhythm and blues band called “The Darque”. Together with band mates Terry, Pat, Gord, and Gary he played at dances throughout southern Alberta.

After high school Mike attended the Southern Alberta Institute of Technology Chemical Technology program. He graduated in 1968 and travelled to Pinawa, Manitoba to start his career as a Chemical Technologist with Atomic Energy of Canada Ltd. Whiteshell Labs. Over the years he enjoyed his work and considered many of his fellow workers as friends. Wrestlers “Scrap Iron” and “Cast Iron” had many escapades that were definitely not work related! During his career Mike contributed to several papers which were published in various scientific journals and presented at international conferences. Mike retired in 2004 after thirty-five years with AECL. He recently started work again on a part-time basis at AECL and enjoyed renewing acquaintances with friends there.

Mike was a gifted instructor and taught Cross Country Skiing and Tai Chi in Pinawa. He also participated in a couple of Manitoba Marathons in which he did very well. After many trips to Gung Fu school in Winnipeg with his buddy Jerry, Mike achieved black belt status. Michael and Ann, with friends Grant and Bonnie, had way too much fun taking ballroom dance lessons! Grant and Mike used to grumble about the physical effort of practically carrying Bonnie and Ann around the dance floor. However this was good experience for Mike when he became a horse owner. He’d say working with a horse is similar to dancing except you’re leading a thousand pound partner!

In 2002 Michael and Ann began an incredible adventure that would lead to the fulfillment of a life-long dream. They met horse trainer Ray (Sandra and Tyson) Salmon at Birdtail Livestock and with Ray’s guidance Mike entered the remarkable world of natural horsemanship. This led eventually to the purchase of their pride and joy, Jazzy. Michael and Jazzy were forming a partnership that was quite beautiful to behold. He had so many plans for the two of them. Head groom, Ann, kept Jazzy looking her awesome best! Mike treasured his time at the barn and the wonderful friends he made there. His relationship with Ray was one of mutual respect and friendship.

Michael enjoyed the simple things in life: riding out on the trails on a crisp fall day, a glass of good scotch, watching a football game on TV (does cursing actually help your team win?), playing his guitar, listening to a wide variety of music, reading a good book, helping out wherever he could, and of course his outings with the Convertible Guys (Grant, Ken, Paul, and Fraser).

I wish to thank Stan and Kathy with all my heart for being with Mike that terrible day and doing what they could for him. There will be no service. We are having an informal gathering to remember Mike with love and friendship. Please join us on Friday, October 8, 2010, at 2:00 pm at the Pinawa Lutheran Church, corner of Burrows Rd. and Massey Ave. Refreshments will be served. At 4:00 pm we will proceed to the Pinawa Cemetery for the internment of his ashes. All are welcome to attend.

In lieu of flowers donations may be made to the Manitoba Riding for the Disabled Association or a charity of your choice.

Most important of all to Michael were his family. He will live on in our hearts forever.

Offer Condolence for the family of Michael John Quinn