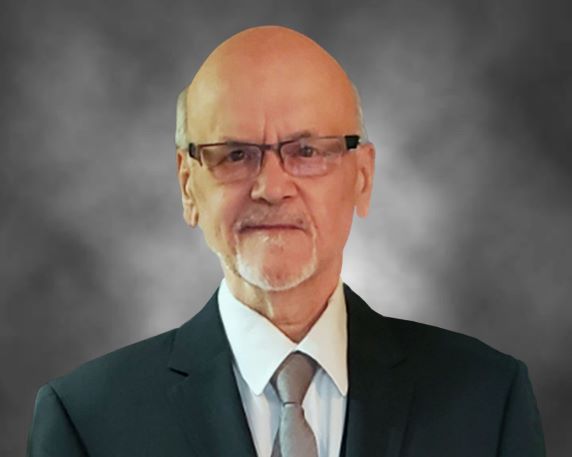 It is with great sadness that we announce the early morning passing of Myron Henschel, 67, on August 21 at Riverview Health Centre after a battle of liver cancer and other health issues.

He will be deeply missed by his loving wife of 45 years, Cheryl (nee Kauenhofen); sons Zachary (Crystal) and Regan (Trish); grandchildren, Molly, Max and Merek; sisters Joyce Bickell and Vivian Betsch; many nieces and nephews, as well as mother-in-law Lenora Kauenhofen; sister-in-law Valerie and brother-in-law Cameron.

Myron was born in Beausejour and grew up in the River Hills area, the youngest of 4 siblings.

After high school, he attended Steinbach Bible College, Winnipeg Bible College and Seminary (now Providence) and obtained his MDiv and ThM degrees.  It was there that he met Cheryl and they were married on August 14, 1976.  He then went on to pastor churches in Killarney, Portage la Prairie and Minitonas.  He loved to preach and teach.  It was during these years that his sons Zachary and Regan were born, giving him much joy and many fun family times were experienced.

In 2002 he “retired” from the ministry and soon started working for Vector/Galvanic Corrosion Technologies in Winnipeg, where he was employed as a lab technician; a job he loved.  He could use his scientific mind to be as precise as was required.  During this time his three precious grandchildren, Molly, Max and Merek were born and became his pride and joy.  He loved them so much and enjoyed all the times spent together; especially the trips to BC to visit them, which always passed by too quickly.

Humour was a very important part of his life.  He was known for his puns and dad jokes.  This trait was passed on to his sons and then also the grandchildren, who were always eager to share a joke with him.  He had a sharp wit and could remember details which made him very good at Jeopardy.  He seemed to know something about everything.  Stories about childhood shenanigans he got into with his nephew, were a hit with the grandchildren, as well as he could dramatize them very well.  He also enjoyed writing and was in the process of writing a book, which unfortunately did not get finished.  He loved VW Bugs and had a vast collection of memorabilia and models.  He was a bit of a pack rat and saved discarded things for future projects.  He loved to tinker with small appliances – rescuing things from the trash and trying to fix them – sometimes even being successful.

In his younger days, he loved to fish and was so proud of the secondhand boat he was able to buy while living in Minitonas.

His faith was very important to him.  He was raised in a Christian family and accepted Christ as his savior at the knee of his mother as a young child.  It was his desire right to the end that all his family and friends accept Christ as well.

Classical music was special to him, and he listened to it while resting in his final days.  He was a very friendly man full of integrity and emotion – often brought to tears.

He had experienced health concerns for many years, starting with diabetes, then cirrhosis of the liver, and then 10 months ago, untreatable liver cancer.  He fought hard, going to work when the strength was no longer there and trying to continue with life.  In January 2021, he stopped working and experienced a short-lived retirement with Cheryl with many dreams going unfulfilled.  He was taken to the Riverview Health Centre Palliative Care unit, where he passed peacefully 12 hours later to one of his favorite sounds of falling rain.

A private interment will take place at the Whiteshell Baptist Cemetery in River Hills, with a service of Remembrance to follow on Tuesday, August 31, 2021, at 2:00 p.m. at Sobering Funeral Chapel, 1035 Park Avenue East, Beausejour, Manitoba.

A livestream of the memorial service can be accessed through the WEBEX app on your mobile phone or visit www.webex.com on your PC. Enter the Meeting Number: 2553 666 0616 and Password: MSdQ73JTr5U to view the livestream.

** Direct access to the WEBEX LIVESTREAM can be accessed HERE **

We would like to thank our family, friends and the Vector family for their support during this difficult time, as well as the WRHA Palliative Care Program for their care and compassion.

Offer Condolence for the family of Myron Graham Ralph Henschel