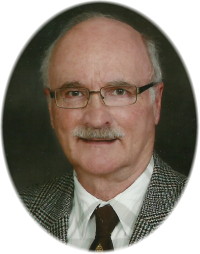 It is with deep sadness and heavy hearts that we announce the sudden but peaceful passing of Nathan Fenton on March 26, 2014 at the age of 75.

Nathan is lovingly remembered by his wife of 49 years, June, his son Bill (Melanie) and daughter Mary (Roy) Loudon and by 4 amazing grandchildren – Riley, Joel, Owen, and Madeline.  He is also remembered by his sister Marilyn Montville and brother Tom (Lenore) and his very special mother-in-law Bette Rutherford and the rest of the Rutherford gang – Bob (Gloria), Mo (Penny), Donna (Al), Ted, and John (Michelle) and also numerous nieces, nephews, and cousins.  He’s also mourned by his special companion “Cookie”.

Nathan was a devoted husband and father who adored his grandchildren, enjoying their various activities such as hockey and lacrosse games, dance recitals, piano recitals, soccer matches, and taking them fishing, tubing, and snowmobiling.  He recently shared a special trip with Riley and Mary to Sault Ste. Marie to explore Riley’s post secondary education options.

Nathan was born in Russell, Manitoba on November 20, 1938.  He went on to study engineering before beginning his career in the oil business in Stettler, Alberta.  Nathan then worked as a mechanical engineer for 30+ years for Atomic Energy of Canada in Pinawa, before retiring in 1998.  He remained very active in the community in his retirement years, holding positions with the PCF Church and as a volunteer driver for those in need.  He was especially proud of his role as treasurer and secretary with the Masons.

Nathan had a passion for old steam trains and made several memorable trips to various parts of the country, a favorite being a trip up to Churchill to see the polar bears.  He was also an avid snowmobiler, including a stint as President of SnoMan.  And although he wasn’t the most successful angler, he enjoyed fishing and cherished his time on the water including a couple recent fly-in trips with Bill.  Nathan enjoyed traveling and recently went to Cuba with June as part of his 75th birthday celebration.

The family would like to thank the Pinawa ambulance service and staff at the Pinawa Hospital who tried so valiantly to save Nathan’s life and to the RCMP for their kindness and compassion.

In keeping with Nathan’s wishes, cremation has taken place.  A Memorial Service, led by Reverend Rob Murray, will be held on Sunday, April 6, 2014 at 2:00pm Pinawa Christian Fellowship in the F.W. Gilbert School, 33 Massey Avenue, Pinawa Manitoba.  Honorary pallbearers will be Nathan’s grandchildren.

In lieu of flowers, donations may be made in Nathan’s memory to the Heart and Stroke Foundation of Manitoba, 200-6 Donald St., Winnipeg, MB  R3L 0K6.

Offer Condolence for the family of Nathan Fenton