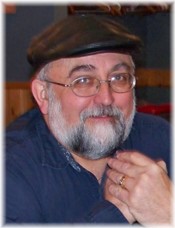 Accidentally, on Saturday, July 24, 2010, Nicholas White, beloved husband, father, uncle and grandfather passed away at the age of 59 years.

He is survived by his loving wife Debbie of Pine Falls, MB, children Josh, Patricia and Lindsay (Steve), grandson Ryland and Sheldon all of Stephenville, NL and Taryn (Cheyne) of Fort McMurray, AB.

Nick was a caring teacher with the Frontier School Division. He was an avid handyman who loved camping, cars and children of all ages. He touched many lives and will be missed by all who were lucky enough to have known him.

The family would like to thank the RCMP Dive Team, local RCMP Detachment and Manitoba Conservation Staff for their professional support and assistance during this difficult time.

Funeral arrangements are pending as Nick will be travelling home to Newfoundland to his final resting place.

In lieu of flowers, donations to the Manitoba Heart and Stroke Foundation or the Canadian Cancer Society will be greatly appreciated.

Offer Condolence for the family of Nicholas White