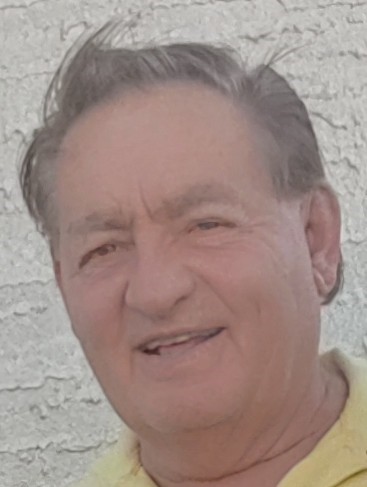 It is with heavy hearts that we announce the sudden passing of our beloved husband, father, grandfather, brother, uncle and cousin. Norm passed away unexpectedly at St. Boniface Hospital on August 8, 2022, after a heart attack. He was predeceased by his parents, Romeo and Bernice, brothers Romeo Jr., Robert and Lloyd, nephew Rodger, sisters in-law Rollande Murray and Valerie Payette, as well as father in-law Eugene Lavoie.

His love of fast cars became a lifelong adventure. What began was a hobby tinkering with cars on his father’s auto-wrecking business turned into a career as a mechanic. Atomic Energy of Canada (Pinawa) employed him during his apprenticeship at Red River College. Upon graduation in 1973, he started work for Worona’s garage in Lac du Bonnet before returning to AECL in 1978 as head mechanic until retirement in 1998.
He approached every car needing his expertise with that same dedication of doing it right. He truly was a master of his trade and will be sorely missed by all who depended on him for that knowledge.

Over the years, Norm owned many cars. The only one that stood the test of time is his cherished 1969 Nova SS that he purchased in 1970. From street to dragstrip to car show, this car has always been there.
In 1974, Norm married Lori Gretsinger and 3 years later, their son David was born. The marriage ended in 2006 when they both decided there was a better life waiting for them. He didn’t have to wait long as his forever love, Ivy Rogers, came into his life. Ivy renewed his passion for travel and, together, they travelled to locations all over the USA and Mexico. He also jumped at the opportunity to travel with his son, driving to both coasts to bond with their Subaru SVX family.

Norm had many talents. He had a way with children and animals that instantly created a bond between them. He was resourceful and always successful resolving challenges in his own way.
On his farm, he raised dogs, cats, cattle, bison, pigs and even a pet skunk.
He was involved in many sports and hobbies including baseball, broomball, golf, fishing, hunting, racing, snowmobiling and hockey. The latter provided him the opportunity in 1989 to tour Europe and play in several countries.

Norm was a man of few words, but when he spoke it was always kind, respectful, honest, selfless and many times, very funny. He humbly viewed life as something to be fully enjoyed every day, free of conflict and negativity. He was dedicated to his trade and became the most knowledgeable mechanic for miles around. He was very much admired and respected for that.

Funeral Liturgy will be held on Saturday, August 20, 2022, at 1:00 p.m. at Notre Dame du Lac Roman Catholic Church, in Lac du Bonnet, Manitoba. Masks are strongly recommended. Interment at the Lac du Bonnet Cemetery with luncheon to follow in the church basement.

Offer Condolence for the family of Norman David Bruneau