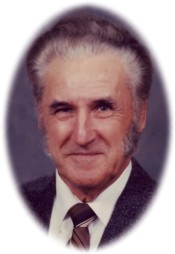 It is with great sadness that we announce the sudden passing of our husband, father and grandfather, Paul Arthur Dupont, aged 84 years, of St. Georges, Manitoba.

Leaving to cherish his memory is his loving wife of 52 years, Annette, children Lucie, Michel (Doreen), Denis (Diane), grandson Randy, brother André, sister Catherine, and numerous nieces and nephews. He was predeceased by his parents, four brothers and three sisters. He will also be missed by his coffee friends at the Chicken Chef in Powerview/Pine Falls, Manitoba.

Paul was born in St. Georges and left to join the Army at age 19. He held various positions in Saskatchewan and Ontario until he returned to St. Georges in 1953. He worked as a logger until he joined the Abitibi Paper Mill in Pine Falls, Manitoba in 1959, where he worked until he retired in 1988.

The family would like to thank the medical staff at the Seven Oaks General Hospital in Winnipeg for their care and compassion.

In lieu of flowers, if friends and family so desire, donations in his memory may be made to CancerCare Manitoba Foundation Inc., 675 McDermot Avenue, Winnipeg, MB R3E 0V9

Offer Condolence for the family of Paul Arthur Dupont