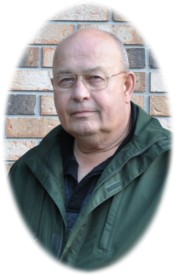 PAUL EVERETT CURRIE age 61 years, of Tyndall, MB passed away peacefully on Tuesday, August 24, 2010, after a courageous battle with Chronic Coronary Heart Disease. Paul was born on September 27, 1948 in Fredericton and later raised in Stanley, New Brunswick. He was predeceased by his parents Ida Beryl and George Herbert Currie, his wife of 31 years Eleanor (Serwa) Currie, and his son Shawn Currie.

Paul’s lifetime dedication was being an effective RCMP officer. He graduated from the academy in 1968 and assumed postings and assignments in the following areas and communities namely Brandon, Minnedosa, The Pas, Lac du Bonnet, Winnipeg, Beausejour, Cross Lake and returned to Winnipeg at Headquarters “D” Division.

During his 35 years of service, he worked with community leaders including Chiefs and Councils. He enriched the lives and touched the hearts of many colleagues with his special skills of transparency, thoroughness, fairness, friendship and wisdom. He was an extraordinary father, friend, scholar and educator. He was a pillar of strength and invaluable wisdom.

When time allowed he could be found on the golf course or camping, fishing and sharing his skills with his two boys. We are all deeply thankful for his life and for every moment that we shared with him.

A Memorial Service will be held on Saturday, August 28,at 2:00 p.m. at the Sobering Funeral Chapel, 1035 Park Ave. E. in Beausejour with Chaplain Bob Wiebe.

Paul wishes all of his nieces, nephews and grandsons Dallas and Shae Currie to consider themselves as his honorary pallbearers. Paul’s family would like to thank the nurses, doctors and staff at Beausejour Hospital and St. Boniface Hospital – Ward 5A. Deep appreciation is extended to doctors L. Robert Kroeker (cardiologist), and Vincent Woo (diabetic specialist). Paul and family appreciate the support, professionalism and care that were administered.

Offer Condolence for the family of Paul E. Currie