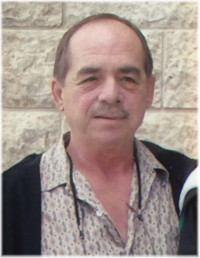 Peacefully with his wife and sons by his side on March 13, 2016 Peter Jerema passed away at the age of 63.

He is survived by his loving wife Debbie and his beloved children and their families, son Carson, wife Carly and daughter Jayda and son Samuel, wife Kerri and son Oakley and daughter Gabriella.

Peter was predeceased by his Father Sam and Father In-law Leon Kuffner and brothers in-law Ed Marshall and Cyril Holunga.

Peter was raised in Anola and attended high school at Springfield Collegiate in Oakbank. Peter excelled in school and as a typical country boy worked hard on the farm but always found time for sports, hunting and fishing. Peter’s career took him to Calgary for a period of time but he eventually returned to Manitoba and raised his boys on the family farm.

Pete spent many hours gardening and harvesting the luscious vegetables that he generously shared with his family and friends. He was an excellent cook and we were always happy to be treated to a meal prepared by him.

He was known for his innovation and the ability to repair and maintain mechanical equipment both at home and in his career as a Power Engineer at St. Boniface Hospital where he worked for 21 years.

Of all that he achieved and appreciated in life there was nothing that could rival his pride in his son’s accomplishments and his love for his grandchildren. He was a proud grandpa and when visits weren’t an option, he enjoyed looking at pictures and videos of them in action.

He was loved by many and will be deeply missed. A private family service will be held.

In lieu of flowers donations may be made to KidSport Manitoba or to a charity of your choice.

Offer Condolence for the family of Peter John Jerema