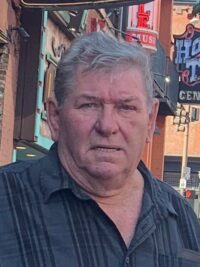 At the age of 76 years old Peter Rempel has decided to join his friends in heaven and continue to watch his family who he is very proud of from his new home.

Peter Rempel is survived by his wife Angela, his son Darryl (Shannon), his son James (Michelle), his daughter Coralee (Jarred), his grandchildren Kaitlyn, Lauren, Rylan and Cayden, and his sister, Nina (Fred).

As founder and owner of Bonner Construction Limited Peter demonstrated to his children that hard work produced results. He showed us how to lead by example and provide excellent service to all his customers.

Peter began his career in automotive sales at Community Chev Olds, Park Pontiac and Vickar Chev Olds, and has passed his enthusiasm for vehicles, specifically General Motors products to his children and grandchildren. His passion for cars was infectious and his children all loved it when he brought home a new project to restore. We enjoyed our family cruises in various cars throughout the years. He also enjoyed attending show and shines and sharing his interest in restoration with others. He has passed this passion on to his sons who get the same enjoyment out of their classic cars.

Peter was someone who could build or fix anything. Whenever someone had an “issue” they’d “Ask Pete” and he’d be there to fix it for them. He never hesitated to help a friend in need and was an active volunteer on many projects within his community including construction projects at church, and with charities and community groups in Winnipeg. He was a volunteer with the East St. Paul Lions club, and after he moved to Beausejour, he never missed an opportunity to volunteer at the power toboggan championships.

Peter may have come across as a tough man, but he was one of the most caring and loving people many of us will know. He had a nickname for everyone and was always adding jokes to conversations or playing practical jokes on all of us.

Peter enjoyed winter vacations with his wife Angela, especially trips to Mazatlán Mexico where he’d enjoy speaking Spanish with the locals and ensuring that they were well taken care of. He especially enjoyed his vacation in Disney World with his entire family – nothing beat the smile on his face as he watched his grandchildren’s excitement.

Peter built a summer home for his family just outside Beausejour which they enjoyed for many years. Upon retirement, he and Angela built a home on this property and moved from East St. Paul, Manitoba. Here he and Angela spent even more time in their gardens and enjoyed cooking with their bounty. You knew never to trust him when he told you the peppers weren’t hot, as he shook with laughter after your lips were on fire.

Peter will be missed terribly by his family and friends, but we all know he was looking forward to reuniting with his friends who are waiting for him in heaven.

As you read this, we encourage you to do something kind for someone. Whether you share your talent or lend a helping hand, this will be the best way to celebrate Peter’s life.

Offer Condolence for the family of Peter Rempel