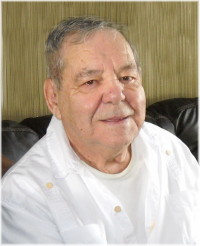 Philip grew up in Bannocktown, spending much time on the Pine Falls golf course as a boy collecting golf balls and selling them.  At a young age he would help his Dad cut the greens and maintain the course.  It was a family affair as his mother worked in the clubhouse.  Philip became an excellent golfer and very much enjoyed the game all his life well into his later years.  He worked at the Abitibi Paper Mill for many years, first as a sheet metal worker and later transferred to the townsite which involved working outside, which he loved.

In 1950, he married Dolores Groves who passed away in 1983 leaving Philip a widower at the young age of 53.  He had many adventures during the next phase of his life including obtaining his pilot’s license, purchasing his own airplanes and flying in the skies over Pine Falls and surrounding areas.  He has always had a keen interest in motorcycles.  Projects included the rebuilding of a 1942 Harley 45 in his garage on Cherry Street which kept him occupied for a number of years.  Eventually he sold this beautiful bike and at times regretted it.  But that didn’t stop him from riding as he was soon astride a brand new 1983 Honda Aspencade.  Upon selling his Aspencade to his son Martin, he finished his riding career on a Harley, as he started.

Philip was in the process of restoring a 1963 Honda Benley while living on the river in St. Georges.  Bachelor that he was, all the restoration was done right in his very own kitchen!  Perfectly convenient!  In the 90’s his friend Ken Pasoluko and himself embarked on a motorcycle adventure which took them from Vancouver Island to Halifax on a 1946 Harley-Davidson.  The last Harley he owned was a black 2015.  It was a sad day when he finally decided to hang up his motorcycle jacket at age 85!  Always wanting the freedom to move, he recently purchased a golf cart and zoomed his way around town and down to his friend Denis Pereux’s to chat about planes!

Philip married his special friend, Trudy Guetre, at the tender age of 89 years.  A wonderful ceremony at the Pine Falls Legion on January 6th, 2018 was attended by friends and well wishers.  They enjoyed playing games together, dropping in at the Legion for the meat draw, venturing to the casino to cash in on all those big wins!

Phil was loved by everyone, always willing to help anyone who asked and certainly took time to talk to the younger ones and pass on his knowledge.

A special thanks to all our cousins in Pine Falls for their unending generosity, love and support, especially Kim, Judy and Craig.  The family would also like to thank the doctors and nurses at the Pine Falls Hospital for the care and compassion shown to him as he was in the hospital several times over the last year.

Donations may be made in Philip’s memory to the Sunnywood Manor in Pine Falls.

Offer Condolence for the family of Philip Cyr