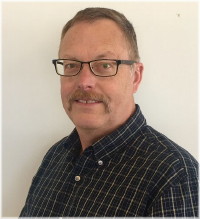 After a sudden and brief illness, Phil passed away at the age of 55.

Predeceased by his father William (Bill) Van Bergen in 2017.

Phil was born in Bassano, Alberta.  Much of his youth was spent on family farms with many cousins where he developed a strong sense of community.

Phil was a graduate of Agriculture at the University of Alberta in Edmonton. He also completed a Masters Certificate in Project Management in 2005.  He spent most of his career in the field of Agriculture throughout Alberta, Saskatchewan and Manitoba. Although he pursued many kinds of employment, he always sought out situations where he would have an opportunity to build relationships with both colleagues and clients.

Although Phil and Leanne resided in three different provinces and many different communities, Phil always left his mark by jumping into the life of the community.  Phil was the quintessential volunteer everywhere they lived, being recognized on several occasions for his time and dedication to local activities.  Phil was always offering a helping hand for tech support or anything that needed fixing.

Phil and Leanne made Beausejour their home for the past 17 years.  Phil kept busy. He was involved in Haystack Productions both on and off the stage. He served as president of the Lac du Bonnet PC Association, and he sat on the board of the local Curling Club. He also served as President of Overcomers Outreach Canada where he supported many members battling with addictions. Throughout his time in Beausejour, Phil dedicated countless hours to the life of Beausejour Community Church often leading by example with his generosity and integrity.

Phil was always up for new experiences (sky diving, snowboarding, and numerous sports to name a few). Phil’s main passions were his family and riding his motorcycle.  He always looked forward to joining his fellow bikers for weekly rides and longer trips to the Black Hills.

Everyone who knew Phil, enjoyed his quick wit, and quirky sense of humour. No matter where he went, he somehow managed to make lifelong friends. The lengthy contact list for his memorable Christmas letters was indicative of who he valued in his life.  Phil would think nothing of simply calling up someone from his past if they happened to cross his mind.

Phil was thankful for his opportunities to travel.  He backpacked throughout eastern Europe in 1991, took the family to Disneyworld in 2008, and enjoyed vacation hotspots with Leanne. Most recently they toured Southeast Asia in 2018.

The family would like to thank the caring staff at Beausejour Hospital and St. Boniface Hospital.

The service will be live streamed on Saturday, October 10th at 11 am at the following facebook link:

We encourage all to watch and leave a comment so we will know who joined us virtually as a gesture of support.  Thank you all for your understanding.

In lieu of flowers, please consider a donation to either The Heart and Stroke Foundation or the Brokenhead River Community Foundation Community Fund in Phil’s name.

Offer Condolence for the family of Philip John Van Bergen