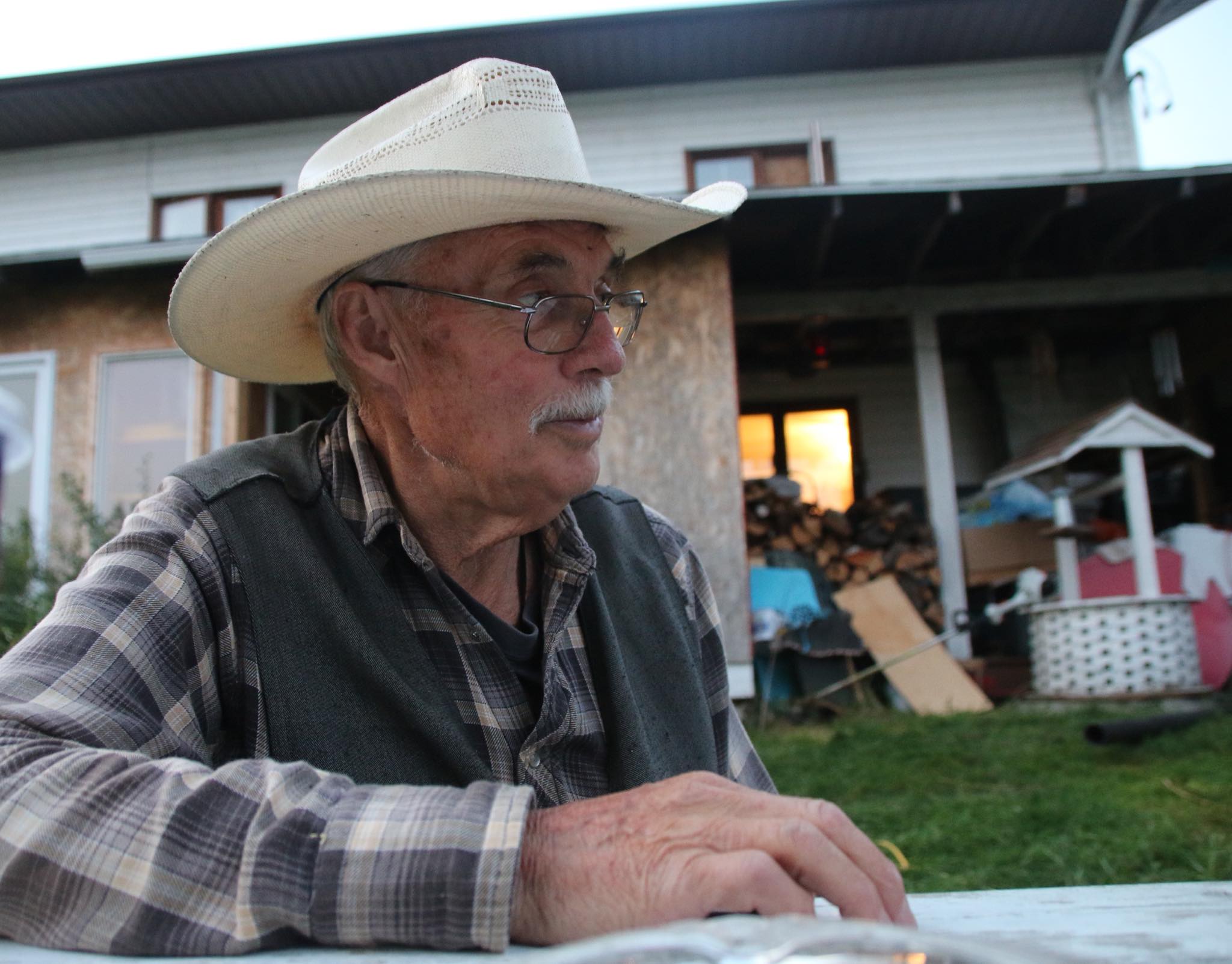 Richard was born in Moosejaw, Saskatchewan in 1942.  As a child Richard Andrew Waldron Hutchinson was inspired by heroic cowboy adventures that he listened to on the radio or read about in novels.  He lived his life by a cowboy code, which meant a strong work ethic, a love for animals, and the desire to be self-sufficient.

He was an only child and spent a lot of time with the Phelps family who had many children.  There he enjoyed friendship and farm life and Mrs. Phelps molasses cookies, and developed a dream to one day have a farm and a big family.

When Richard was sixteen, he caught the train to The Pas and by the age of 21 was working with Manitoba Hydro where he spent the majority of his career as a civil engineer.  He worked on everything from building the foundations at the beginning of large projects to refurbishing the turbines once they aged.  He worked very hard and was known for his ability to smoothly orchestrate the paperwork, people and policies necessary to get the job done.

He worked many hours to be able to buy his farm and start his family.  Of course, he started on the family first and when the time was right, he came south to buy his piece of land.  Nothing fancy just a place where he could raise a few animals and his children.  He knew what he had in mind and he went ahead fulfilling his dream.  He wanted a place where he, his wife, and children could enjoy the peace and joy of farm life. His only regret was he didn’t retire sooner so he could enjoy more years on the farm with his health so he could do more.

Richard had a great kindness for animals, he loved his horses, dogs, cats, steer, pigs, bunnies, and chickens.  He loved taking care of them.  He even taught his chickens to come home to the chicken house at night.  He spoiled them all.  A friend said, “if I come back in another life I want to come back as a Hutchinson pet….spoiled and pampered.”

He was always happiest when surrounded by family.  He loved his seven children, his 15 grandchildren, and his 4 great grandchildren.  With his wife, Dorothy, at his side, Richard passed away in his sleep during the early morning of August 1st 2021.

A Funeral Service will take place at Sobering Funeral Chapel, 1035 Park Avenue East, Beausejour, at 1:00 p.m. on Tuesday, August 10 with viewing starting at 11:30 a.m.  The family welcomes you to join them inside the chapel, which is limited to 225 patrons, or in the parking lot of Sobering Funeral Chapel and tuning your radio to 98.1 FM.  If you are in the parking lot, there will be an opportunity to sign the guest register from your vehicle.  Please adhere to social distancing regulations and masks are strongly recommended.

A Livestream of the funeral service can be accessed through the WEBEX app on your mobile phone or visit www.webex.com on your PC.  Enter the Meeting Number: 1822549468 and Password: 7vReHGVBE26 to view the livestream.

** Direct Access to the Livestream can be found HERE **

In lieu of flowers, the family asks for donations to be made to Winnipeg Humane Society or Parkinson Canada.

Offer Condolence for the family of Richard Hutchinson