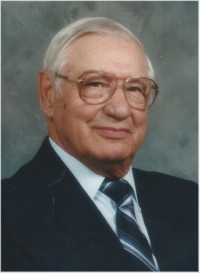 Peacefully with his family by his side, Dad went to be with the Lord on September 21, 2016.

Dad will be sadly missed by his loving wife Madeleine.  They would have celebrated their 64th anniversary in October.

Dad was born in Gatineau, Quebec in 1928.  At the age of 3, he and his family moved to St. Eustache. In 1951 he moved to Powerview and shortly after, started working for The Abitibi Paper Mill from which he retired after 35 years.  In his younger years, Dad played hockey as the goalie for the Pine Falls Paper Kings.  He and his team were inducted into the Manitoba Hockey Hall of Fame in 2010.

Dad was passionate about his family, gardening, fishing, camping and spending time at his place at Hillside Beach.

The family would like to thank Dr. Ota and all the staff at the Pine Falls Hospital.  Their compassion and caring for Dad was nothing short of incredible.

Offer Condolence for the family of Robert Guay