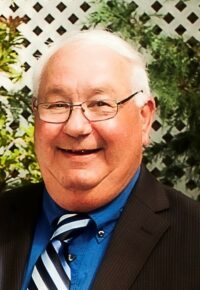 Robert J Marshall, age 77, passed away at the St. Boniface Hospital on May 21, 2022. Bob is survived by his sons Robert, William, Ryan, Brent, Bradley and Shayne, his sisters Elaine, Anne, Linda and Joan, grandchildren Kailey, Lisha, Megan, Nicol, Francisco, Braiden and Ariah. He was a friendly, helpful, caring person who will be lovingly remembered by family, friends, and his partner Diane. He is predeceased by his parents Aimo and Florence, his sister Wendy, and his son Derek. Bob raised four sons with his first wife, Linda, and three sons with his second wife Valerie.

Bob was born in Ottawa and was raised in Fort Frances, ON. He married his high school sweetheart and started a family with four sons. Bob always had a talent for engine repair, and was always tinkering with something. His first working years were spent in “The Shop”, working on small engines with his father. He later worked for social housing before moving to Winnipeg in the early 1980s. He worked as a mechanic for some time, before starting his job as a commissionaire in the late 80’s. Shortly after, he married his second wife Valerie, with whom he had three sons.

In his later years, Bob loved spending time with his grandchildren, seeing friends at the Legion, and exploring new places with his partner Diane. He loved his job as a commissionaire, and was a smiling face to welcome people to the Tax Centre building for the rest of his life. He leaves behind fond memories and life lessons for so many people, and will forever be missed by loved ones.

In lieu of flowers a donation may be made to a charity of one’s choice.

A livestream of the funeral service can also be accessed at https://view.oneroomstreaming.com/authorise.php?k=1653437603186029

Offer Condolence for the family of Robert J. Marshall