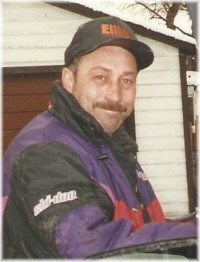 It is with heavy hearts we announce the sudden passing of our beloved Husband, Father, and brother Robert at his home on Friday, July 6, 2018.

He is survived by his wife of 40 years Doreen, daughter Dana (Ryan) Heroux and his grand-puppies Baylee, Charlee and Hank, brother in-law Ken Swaikoski, brothers Ricky Brown, Tom Jr. (Darlene), Tim (Valerie), and Kelly (Jess) as well as numerous nieces and nephews.  Robert was predeceased by his parents Thomas and Elizabeth and sister Rita Brown.

Dad was born in Whitemouth, MB on April 16, 1954.  He began his career working for MB Hydro, he then began working as a mechanic for various companies Century Motors, Canadian Tire, and Ford Motor Companies, as well as teaching mechanics in various Northern Communities.  His last few years were spent in construction with Manshield.

Dad enjoyed the outdoors, building hot rods, snowmobiling and drag racing with his daughter Dana and working alongside his best friend and love of his life Doreen.  There was not one thing they couldn’t do together.  He also enjoyed the many garage sales, auctions and bargain finds with his great friends Wayne and Fran James.

We would like to send a special thank you to sisters in-law Kim (Bert) de Bruijn, and Deb Bryk and niece Stacey Regula for helping with dad’s care during his time of need; as well as to the Beausejour and Oakbank RCMP Detachments and EMS for all the care shown to our dad and family.

Cremation has taken place.  A memorial service will be held on Friday, July 13 at 11:00 a.m. at Sobering Funeral Chapel, 1035 Park Avenue E., Beausejour.  In honour of my dad, if you have a hot rod or favorite old car, bring it for a cruise.

In lieu of flowers, donations in Robert’s memory may be made to the Winnipeg Boxer Rescue www.winnipegboxerrescue.com.

Offer Condolence for the family of Robert John Brown