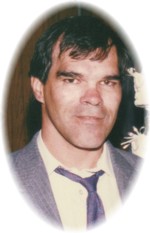 It is with great sadness that we announce the sudden passing of our dear son, brother and uncle Robert. Robert was born in Winnipeg, Manitoba and grew up in Bissett and Lac du Bonnet for most of his life.
Robert leaves to mourn his mother Evelyn, and his brothers and sisters: Margaret (Glenn), Harold (Joanna), Jeannette, Isabelle, Roland, Alvin (Patti), Verne (Margaret) and Michelle (Danny); along with his many nieces and nephews. He also leaves to mourn Uncle Maurice and Auntie Elsie, who were very dear to him, Wilfred (Joan), Francis, Margaret, Madeline, Henry, and Harold, along with his many cousins.
He was predeceased and will be welcomed home by his dear dad Alexander, grandparents Alexander and Philomene, Joe-Michel and Elizabeth M. Fontaine, uncles Joseph, Frank and Napoleon, Jerry, Allan, Joe, Frank Henry, Louis and great uncle Phillip (WWII), aunts Lorraine, Lorena, Lucy, Irene and Mildred, Dora and Victoria.
Robert had many challenges throughout his life but he faced them all with honor; he has always persevered and in spite of his hardships, he carried on without ever complaining. In spite of his incredible strength, this final battle was just too much for him to bear. He fought to the bitter end, and we are grateful to know that he is now at peace and will now be in the arms of his dear dad.
Family and friends were always very dear to him; he enjoyed spending time with all of his brothers and sisters, and teasing them endlessly. He was affectionately called Redford, a nickname that he was happy to take on. He had a great sense of humor and a heart of gold like his dad, he always wanted to share what little he had with anyone who was in need. He was a very hard worker and took pride in all that he did; his work ethic was always top priority. Throughout his life he worked for the Department of Highways; Tanco mine; as a commercial fisherman; and many bush camps which he enjoyed thoroughly.
The family would like to thank the doctors and staff at the Health Science Centre and the Riverview Health Centre for their kindness and compassion during this very difficult time; special thanks to Dr. Zurba.
Wake Services began on Wednesday, July 20 at 5:00 p.m. and the funeral service will be on Friday, July 22 at 1:00 p.m. at the St. Alexander Roman Catholic Church at the Sagkeeng First Nation. Pallbearers were nephews: Myles, Trevor, Todd, Keith, Kyle and Dalton. Honourary pallbearers will be Uncle Maurice, Aunt Elsie (Noella), Uncle Wilfred, Aunt Joan, cousin Amanda, and numerous other cousins.
If friends so desire, in lieu of flowers, donations can be made to the Siloam Mission, 300 Princess St., Winnipeg, MB R3B 1M3.
www.soberingfuneralchapel.com

Offer Condolence for the family of Robert LaForte