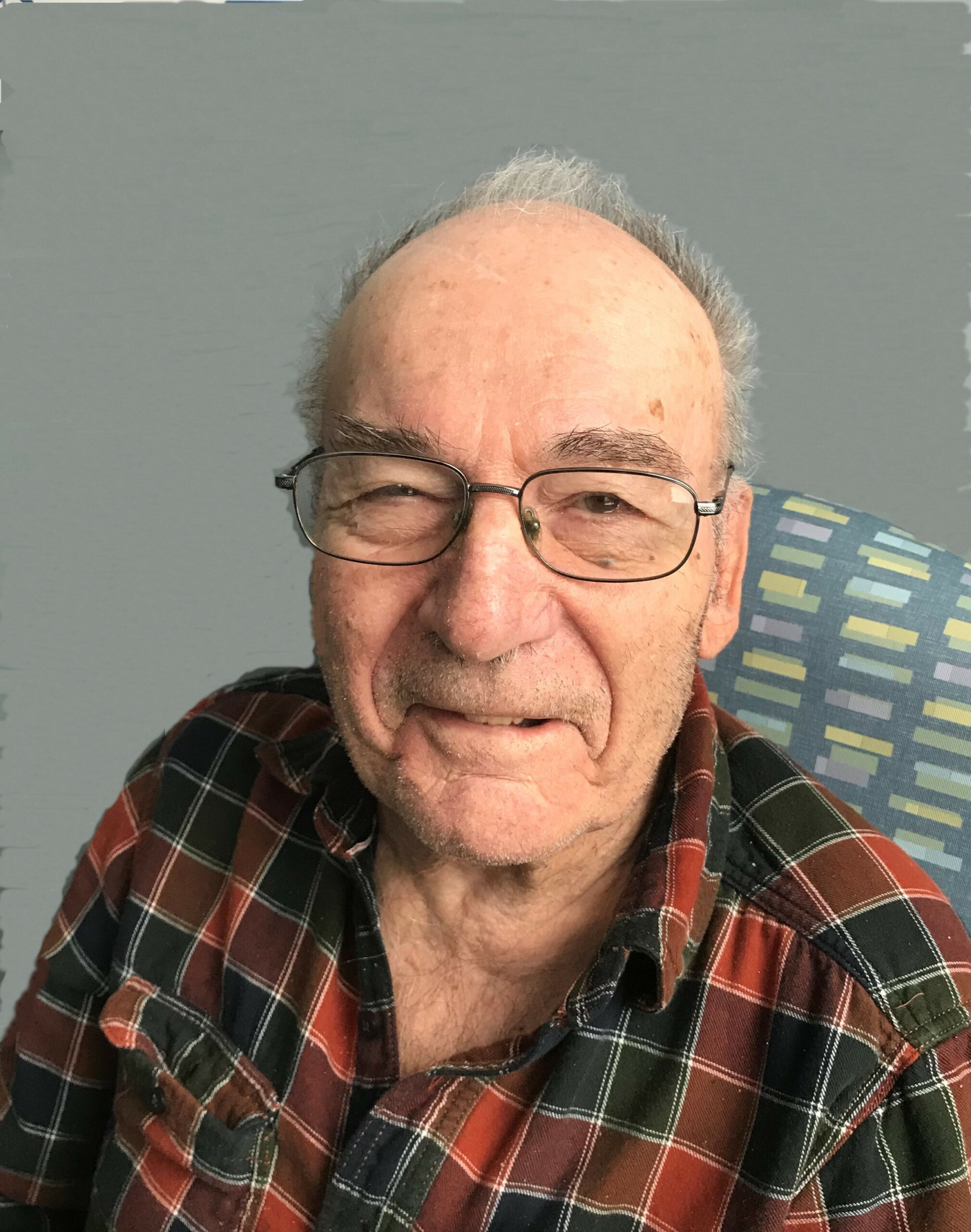 Peacefully, at 87 years of age, Robert passed away in his sleep, in his home at the Lac du Bonnet Personal Care home.

Robert was predeceased by his parents Emile and Louise, as well his siblings Helen, Alcid and Ann.

Robert Arthur Joseph Lussier was born at his parent home on September 17, 1934.  He attended the local school until grade 8; at which time being the oldest at 14 years of age, he started to go into the bush camps to work with his father cutting pulp wood.  He did this for a few years, along with working on the farm before moving into construction.  Dad even spent some time in the Alberta oil fields in the 1950’s before coming back to the Lac du Bonnet area to work on the Pinawa townsite with his brother Alcid. It was during this time that he was hired full time by AECL, where he spent the remainder of his working years.

Work wasn’t the only thing happening in the 1950’s; romance was in the air resulting in him marrying his “Min” on April 21, 1960.  Bob and Min moved into a small house in Great Falls where their daughter Rita was born.  In 1962, they moved to a small piece of land just outside of Lac du Bonnet where they started up a farm of their own.  Two more children, Claude and Peter followed, and the family was complete.

Although Robert had a full time job, he was always very busy doing other work.  Farming, construction jobs, and helping friends and family, consumed his time.  Dad was never happier than when he was involved in a project.  Robert was the original “Bob the Builder”, as there wasn’t much that he could not do.

During his late 40’s, grand kids started arriving, which changed his pace of life.  Spending time with the kids became a source of joy for him.  Being a “Pepere”, was a role that suited him naturally.

Upon his retirement, Dad and Mom started to spend their winters in the United States; hauling their fifth wheel trailer down each year, primarily in Arizona but they spent the millennium in Mexico.  Naturally all the grand kids got to go down and visit with Memere and Pepere in Arizona.  They continued going down south until Dad turned 80, at which time health reasons caused a slow down in his lifestyle.

The family would like to thank all the staff at the Lac du Bonnet Personal care home and Dr. Bruneau for the great care they gave Dad during his last years.

A Celebration of Life will be held on Wednesday, October 6, 2021 at 2:00 PM at the Sobering Funeral Chapel in Beausejour.

Interment will be at a later date.

In lieu of flowers, donations may be made to the Alzheimer Society.

Offer Condolence for the family of Robert Lussier