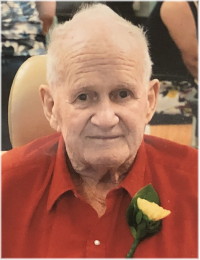 Robert passed away peacefully in his sleep on Friday, March 22, 2019 at the age of 89 at East Gate Lodge Personal Care Home in Beausejour.

Robert was with the Winnipeg Police for 18 years.  In 1969 he started Select Shows Travelling Amusement Ride Company which Jim and Michele still run to this day.  His son Bob and wife Jen continued running Canuck Amusements and grandson Mike who runs A1 Midway is Alaska.  Robert took great pride in his sons Jim and Bob for continuing with the family business and how it grew and became the success it is today.

Bob will be missed terrorizing the town of Beausejour on his scooter and for the stories he shared with everyone.

A special thank you to the staff at East Gate Lodge for their care, compassion and tolerance for our dad.  Thank you to Gaylord and Liz Newman for their friendship with dad.

As per Bob’s wishes, cremation has taken place and no formal service will be held.

Offer Condolence for the family of Robert Mills