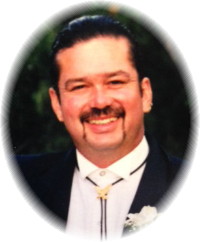 It is with heavy hearts we announce the sudden passing of Ronald Papineau, our beloved son, brother, father and friend on February 24, 2015 at the age of 58.

Ron was predeceased by his father, Rene in 2004, and is survived by his mother Annette, brother Ed (Karen), sisters Rachelle (Georges) and Linda (Grant), sons Conley and Colton, numerous nieces, nephews, aunts, uncles, cousins and close friends.  He will also be missed by his partner Shannon and her family.

Ron was born and raised in Powerview.  In his early adult life, he loved to travel on his Harley with his buddies exploring the countryside. One of his favorite places to be was “Happy” cabin.  A lot of memories and fish tales were created there.  He also had a love of the great outdoors, especially his time spent hunting with his friends and in-laws either at the farm or elsewhere in the Moose Caboose.  He began his trade as mechanic working alongside his Dad and went on to become half owner of Papineau Motors with Ed after his Dad retired.  Ron was a person with a very big heart, always willing to lend a hand as long as it didn’t involve “carpentry” skills.

“Always in our hearts, may you rest in peace.”

Offer Condolence for the family of Ronald Alfred Papineau