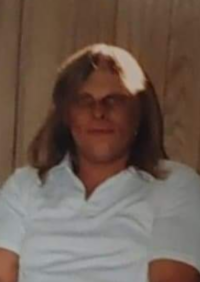 We are saddened to announce the passing of Ron Schulte on October 7, 2022 at Pinawa Hospital after a hard fought battle with cancer at the age of 57.

Ron left behind his wife of 33 years Debra Schulte, his two sons Matthew and Dylan; his mother Ruth, his sisters Ingrid and Amanda as well as several cousins, aunts, uncles and inlaws.  He was predeceased by his father Gerold.

Ron was born in St. Boniface Hospital in 1965.  From german ancestory, Ron was raised on a farm in Whitemouth, Manitoba.  Later on, Ron met his wife Debra and relocated to Lac du Bonnet where his homestead is today.  There they raised their two sons Dylan and Matt.

Ron was known to be an excellent welder and mechanic and had the ability to take something wrecked or not running and make it work again.  His favorite pastime was snowmobiling with his boys and his friends.  Even in his mid 50’s Ron had no problem keeping up with the younger guys and was always known to be physically strong, lifting things when needed beyond the capacity of men 30 years younger, sometimes just to prove a point.  Ron had a sense of humor that would usually get anyone in earshot laughing often to the point of crying.  Having coffee with Ron usually meant a genuine friendship, and if you were friends or family with Ron you could count on him to come help anytime you were in a tough spot.

Eight years ago Ron started Schulte Welding with his best friend Lee Bilodeau.  Together they built the company into one of the biggest dock companies in Manitoba.  If you have a dock in Lac du Bonnet, there’s a good chance Ron had a hand in building it.  The business lives on today with his sons Dylan and Matthew taking the reigns.

We would like to thank Lac du Bonnet Homecare and the staff at Pinawa Hospital for there compassionate care.

In lieu of flowers donations can be made to Cancer Care.

A celebration of life will be held at a future date.

Offer Condolence for the family of Ronald Gerold Schulte