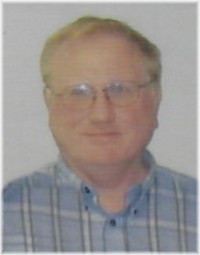 Ronald Herbert Glen Kintop passed away on Friday, January 3, 2020 at the St. Boniface Hospital after a short battle with lymphoma.

Ronald was born on February 22, 1944 in Winnipeg, Manitoba, the youngest of nine siblings.  He grew up on his parent’s farm in Greenwald, Manitoba.  He received his elementary education in Greenwald and his secondary education in Brokenhead and Beausejour Collegiate.  He attended the University of Manitoba (United College) for his Bachelor of Science degree.  He began his teaching career, teaching high school math and chemistry and at the same time earned his certification in education (summer and night school).  Ron taught in several different schools in southern Manitoba as well as the north.  He served several years as a travelling math consultant with federal schools (DIAND) in northern Manitoba.  He also worked as a school administrator (principal) at Île-à-la-Crosse in northern Saskatchewan.

In his younger years Ron was an active member of St. John’s Lutheran Church, Greenwald.  Ron had a great interest in playing the organ, especially pipe organs.  No matter how difficult it would be to transport, he would take the pipe organ to all the locations he lived in, even if they were fly-in communities.  At Île-à-la-Crosse he would play the organ at church services.  After retirement he looked after his farmyard in Greenwald during the summer.  He also did quite a bit of travelling before and after his retirement to Germany, Alaska, the east coast of Canada as well as Colorado and Texas.

Ron was predeceased by his parents Frederick and Maria (Klann) Kintop, his siblings, Hulda Patzer, William, Daniel, Emmanuel and Natalie Schnellert.  He is survived by his sisters Alma Kintop, Linda Beck and brother Walter (Betty) Kintop and sister-in-law Elsie Kintop.

The family would like to thank the staff and palliative care team at the St. Boniface Hospital for their compassionate care.

In lieu of flowers, a donation may be made to CancerCare Manitoba or Trinity Lutheran Church in Thalberg.

A funeral service will be held on Monday, January 13 at 11:00 a.m. at Sobering Funeral Chapel in Beausejour, with viewing one hour prior.  Interment will follow in the Zion Lutheran Parish Cemetery.

Offer Condolence for the family of Ronald Kintop