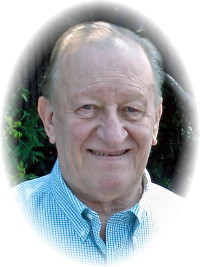 He is survived by his loving wife Betty of 53 years, his children Derrick, Kurt (Faye), and Randal (Robert), and his grandchildren Chandra and Bradin.  He also leaves to mourn his passing his sister Shirley and Lovey (Bernie) and brother in-law Lorne as well as many nieces and nephews.  He was predeceased by his sister Audrey, brother in-law Jim, daughter in-law Carol and nephews Jeff and Eric.

The family would like to thank the doctors, nurses and staff at Pinawa Hospital, St. Boniface Hospital and Health Science Centre for their care and compassion.

As per Ronald’s wishes, cremation has taken place.  A private family interment will follow at a  later date.

Flowers are gratefully declined.  However, if friends and family so desire, donations may be made in Ronald’s memory to a charity of your choice.

Offer Condolence for the family of Ronald Michael Bychuk