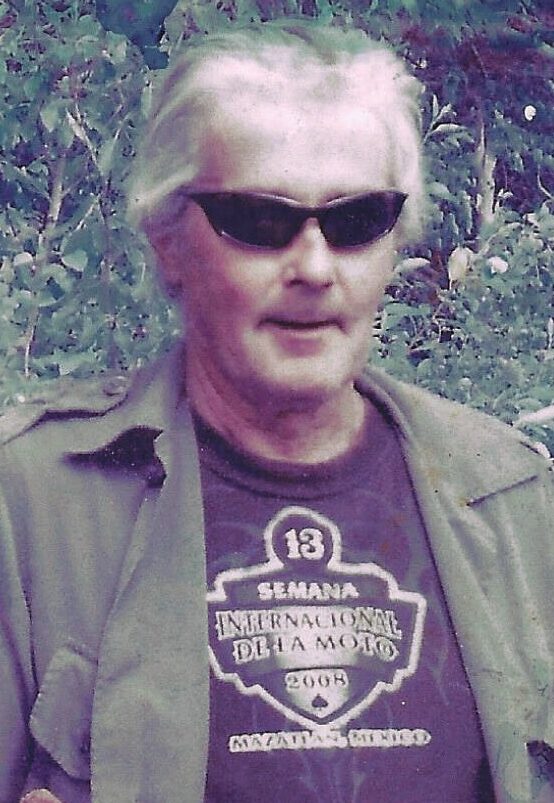 It is with heavy hearts that we announce the passing of our beloved father, grandfather, brother, uncle and friend, Ronald Wayne Werestiuk on Tuesday, June 14, 2022 at the age of 68 at Pinawa Hospital.  Fondly remembered as Ronnie, Tito and Monkey, he will be lovingly remembered by his daughter Candace (Cory), grandchildren Paiten, Ryden and Nash; sisters Adele, Shirley (Gerry), Judy (Terry), Rose (Frank); brother Emil (Wanda), and numerous nieces and nephews.

Ronnie was known for blasting Johnny Cash so loud the neighbours in the next town over could hear.  Playing guitar, hunting, fishing, cutting grass and gardening were some of his many passions.  Often known for giving the middle finger salute or telling you where to go and how, dad was a man who lived his life on his own terms.

The family wishes to thank so many people that supported Ronnie in his journey through life and in his final stages.  To Lesley and Daniel, thank you for checking on him daily, always willing to help with stuff around his home that he could no longer do himself, taking him to appointments or fixing things for him. To Kate, thank you for being there for him and for staying at the hospital during his last days.  To the friends who would come sit, visit, and check on him when his mobility became limited, thank you.  To the Whitemouth Home Care staff, thank you for caring for dad allowing him to stay in his home as long as he was able.  To Dr. Garg, thank you for your caring and supporting dad through his many health challenges and struggles.  To the Pinawa Hospital staff, thank you for your compassion and kindness in dad’s final days.

Dad’s wish was to be cremated and what comes as no surprise, to be placed in a beer bottle.  A celebration of life will be planned at a later date for family and friends.

“Life is rough so you gotta be tough”
Johnny Cash

Offer Condolence for the family of Ronald Wayne Werestiuk