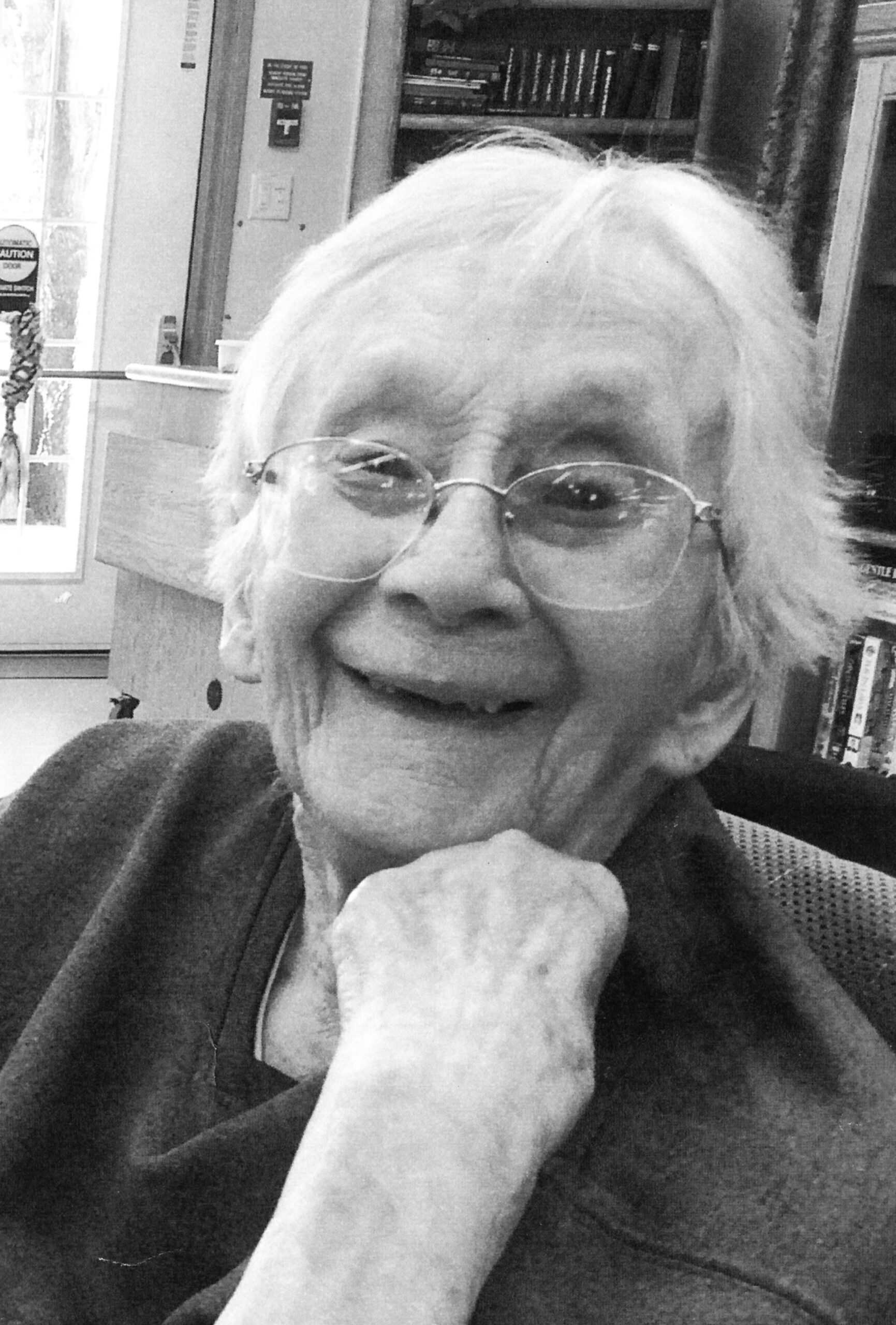 The family of Rosemary Trewhella is sad to announce her sudden, but peaceful, passing in the early hours of 14th November 2021 at Whitemouth Personal Care Home.

Rosemary was born on 8th May 1926 in Nairobi, Kenya, East Africa. She was the second of three daughters born to Robert Alexander Anstey and Kathleen Ellen Anstey (née Kirwan).

Rosemary spent her early years in Kenya, where her parents had a farm near the small town of Naro Moru and within sight of Mount Kenya. Those years cultivated a lifelong love of farming, the outdoors and all animals, especially horses.

Rosemary and her sisters, Margaret (Margot) and Heather, were later sent to boarding school in England. After the Second World War broke out in 1939, they spent more time in the UK with their mother and grandmother while their father served in the Army Cadet Force Section in Kenya. After Rosemary turned 18 in 1944, she joined the British Women’s Royal Naval Service (WRNS, also known as wrens) in signals.

Victory in Europe Day came on Rosemary’s 19th birthday, 8th May 1945. After her war time service, Rosemary attended Exeter School of Art, where she became close friends with a fellow student named Isobel Trewhella. This friendship led to her meeting Isobel’s brother, Michael. He and Rosemary fell in love and later married.

Their early married years were spent dairy farming in Devon, England. After nine years, they sold the farm and moved to a house near Crediton and Michael operated car dealerships and vehicle repair businesses. In 1976 they moved again, returning to farming until the mid-80s.

In 1986, they immigrated to Canada with their only child and daughter, Val, and son-in-law Tim Bullen. They lived on a mixed farm at Cypress River, in western Manitoba. Val & Tim moved to Seven Sisters Falls, eastern Manitoba in 1998 and in 2008 Rosemary and Michael sold the farm and moved to Pinawa to be closer to their family.

Rosemary & Michael were very happy in their new home and quickly made friends with their neighbours and others around town. Michael’s health began to deteriorate in 2011 and he passed away in May 2012. For a time Rosemary stayed with Val & Tim in Seven Sisters, until she adopted her beloved stray cat, Ricki, and moved back to her house in Pinawa where Ricki helped her reclaim some independence until Rosemary fell and broke her hip in August 2016. Her lack of subsequent mobility and the onset of other health issues necessitated her move to Whitemouth Personal Care Home in March 2017 where she received a level of care that would have been impossible in any other setting.

Rosemary’s warmth, friendliness, appreciation of others and strong sense of humour quickly won her a place in the hearts of all who knew her to the very end of her life. Almost anyone who ever met her has a story about how she touched their heart and/or made them laugh.

We can never adequately express our appreciation for the wonderful, loving care Rosemary received from all the staff during her years at Whitemouth Personal Care Home. The facility is second to none and becomes a new family for the residents.

We would also like to express our appreciation for the amazing professional and compassionate service provided by Sobering Funeral Chapel.

In lieu of cards or flowers, if anyone wishes to honour Rosemary’s memory, please consider a donation to the International Fund for Animal Welfare (IFAW), any animal rescue, or a charity of your choice. Comments, memories and condolences may be left on this site.

Fly free now Mum, you are in the best of hands. Love never dies, but grows forever.

Offer Condolence for the family of Rosemary Trewhella