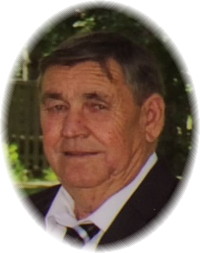 It is with heavy hearts we announce the passing of Roy Trask on January 17, 2015 in Pinawa Hospital after a lengthy and courageous battle with cancer.

Roy was born in Wiarton Ontario to the late Alexander and Olive Trask and moved to Lac du Bonnet at the age of 17. He was second oldest of a family of nine and was predeceased by Elaine his wife of 34 years in 1999, brothers Keith in 1953, Glen in 1997. He is survived by daughters Debbie (Pat) and Tammy (Kyle) granddaughters Kayla, Courtney, Tessla, great granddaughter Hailey, brothers and sisters Ruby (Bernie deceased) Kate, Wayne, Shirley (Dale) Frank, Bev (Pat deceased), Mary (David) Sitar, sister in-law Trudy, also many nieces and nephews. He met and married the late Elaine Knopf of Seven Sisters Falls in 1963. Roy loved and lived for cars and trucking “ lil trucker” and drove a truck for Meisner until his illness in 2013. Roy and Elaine started and operated a successful greenhouse business which Roy totally immersed himself in until the passing of Elaine.

The family would like to thank Dr. Bruneau, nurses and staff of the Pinawa Hospital and Home Care personnel, also the many friends and family that visited him during his lengthy illness.

Offer Condolence for the family of Roy Alexander Trask